Microsoft used its E3 press conference to unveil the first details on Project Scarlett, the successor to the Xbox One that is due out next year. 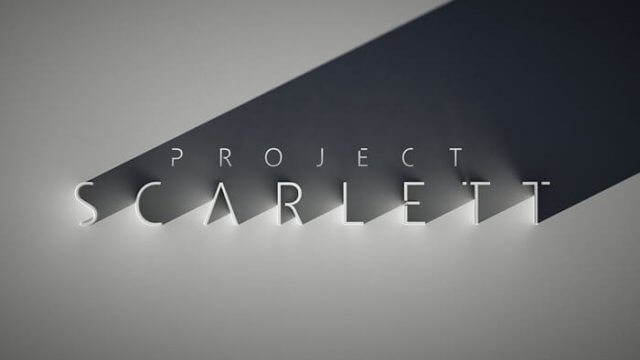 The new console has been designed from the ground up to represent a “bigger generational leap” than anything that the Xbox has done before, and is being created by the same development team that created both the Xbox One X and the Elite Controller.

“For us, the console is vital and central to our experience. We heard you,” Spencer said at the briefing. Project Scarlett represents “a new mission: to create the future of gaming for you.”

Project Scarlett will have a bunch of new components under the hood, including a custom CPU that builds on AMD‘s Zen 2 and Radeon RDNA architecture, SSD storage, and GDDR6 memory. Microsoft noted that this should allow for 8K graphics, frame rates of up to 120fps (double the standard on current-gen consoles), and hardware-accelerated ray tracing for improved lighting effects.

With that, Microsoft is poised to compete not just with Sony — whose upcoming PS5 console is getting fast SSD storage, 8K support, and 3D audio — but also the raft of game streaming services scheduled to launch over the next couple of years.

Microsoft’s game streaming service xCloud will launch sometime in October 2019, and, unsurprisingly, the service will allow anyone to play Xbox titles on multiple devices, including on their computer, tablet, laptop, phone, and of course, TV — just like with Google Stadia.

Project Scarlett will hit shelves in 2020. The latest in the popular Halo series, Halo: Infinite, will be launched in Autumn in time for the next generation Xbox console.