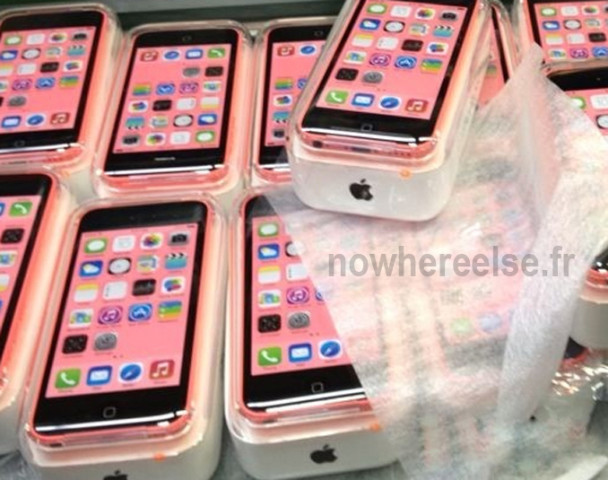 As the rumoured launch of the highly anticipated iPhone models nears, more leaks are hitting the web. This time the French site Nowhereelse.fr posted a new image showing the iPhone 5C in its box, at least according to their source.

You may have already guessed, the image showing the iPhone 5C packed in its box, was taken by an anonymous employee of an Apple supplier. Also, as you can see, this image seems to reinforce an earlier image leak showing a container full of white plastic containers.

Since these appear to be plastic boxes, we were wondering back then, if Apple will opt for plastic boxes. Since the launch of the iPhone the handset was packed in a paper box. Other Apple products, however, such as the iPod Touch and other iPods ship in plastic.

We can’t confirm the authenticity of the above picture, so it could easily represent a Chinese clone, but it seems like Apple will ship the polycarbonate iPhone in plastic boxes.