Rare Video Shows the “Softer Side” of Steve Jobs 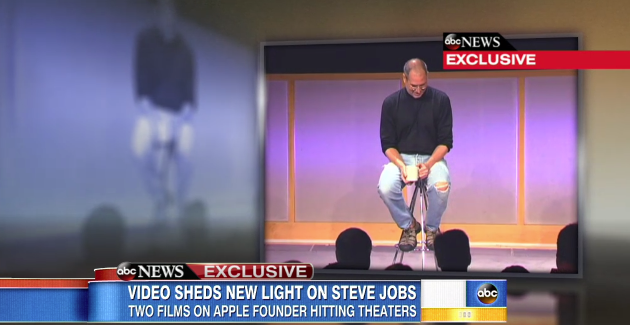 Yesterday marked the fourth anniversary of Apple co-founder Steve Jobs’ death. Besides Tim Cook’s email to employees, Apple has shared a rare video of Steve Jobs showing his “softer side”. The footage was obtained exclusively by ABC News and shared with the public (via MacRumors).

Even four years after his death, the former Apple CEO has been making headlines recently because of the release of two movies: a documentary entitled Steve Jobs: The Man in the Machine, and the one that is about to be available in threatres, Danny Boyle’s Steve Jobs.

Eddy Cue has already expressed his opinion of the documentary, saying it is an inaccurate and mean-spirited view of Jobs. As for the Aaron Sorkin–written Jobs movie, you may already know that Jobs’ widow, Laurene Powell Jobs, tried to stop the production endless times.

The video shared yesterday with employees aims to feed the memory of the Steve Jobs Apple wants to remember: a brilliant man with a great sense of humour. In the video we see Jobs encouraging company employees to visit an Apple store and “just give the Apple retail store employees a hug”, and he also debunks the mystery of his ripped jeans.