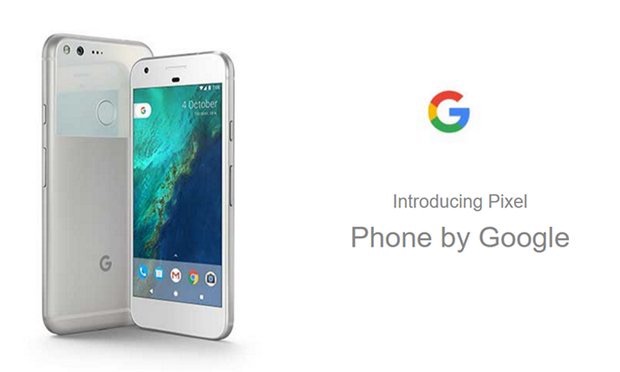 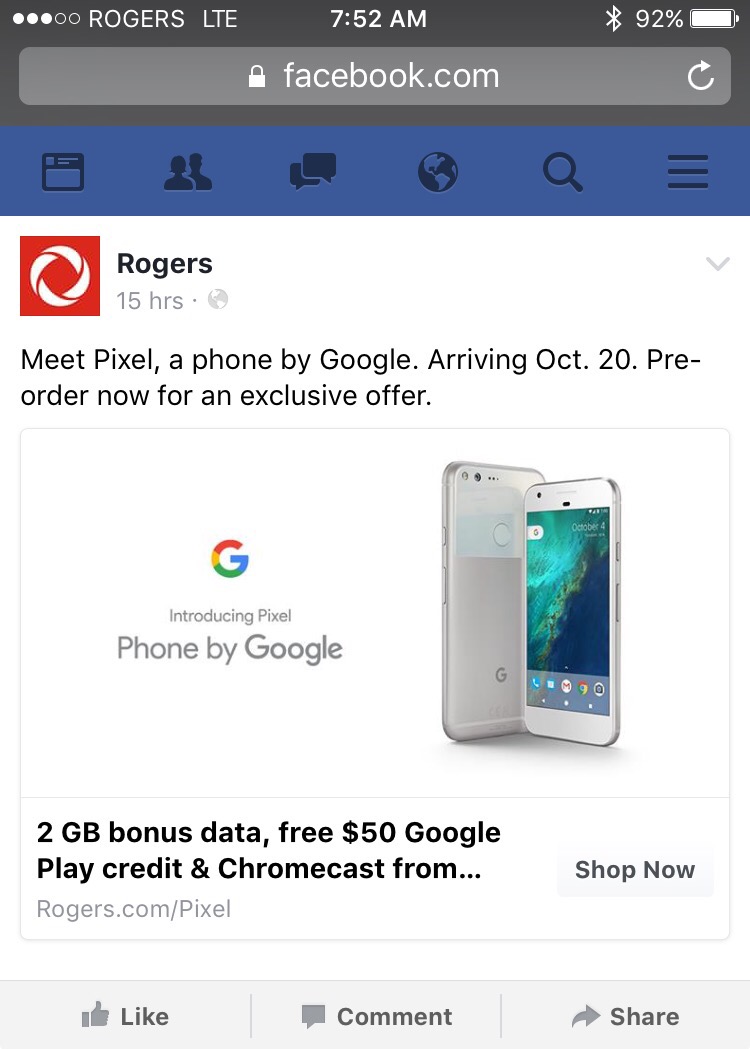 Interestingly enough, several representatives from Rogers commented on the post without realising that it went up too early. It appears that the post on Facebook is still live. 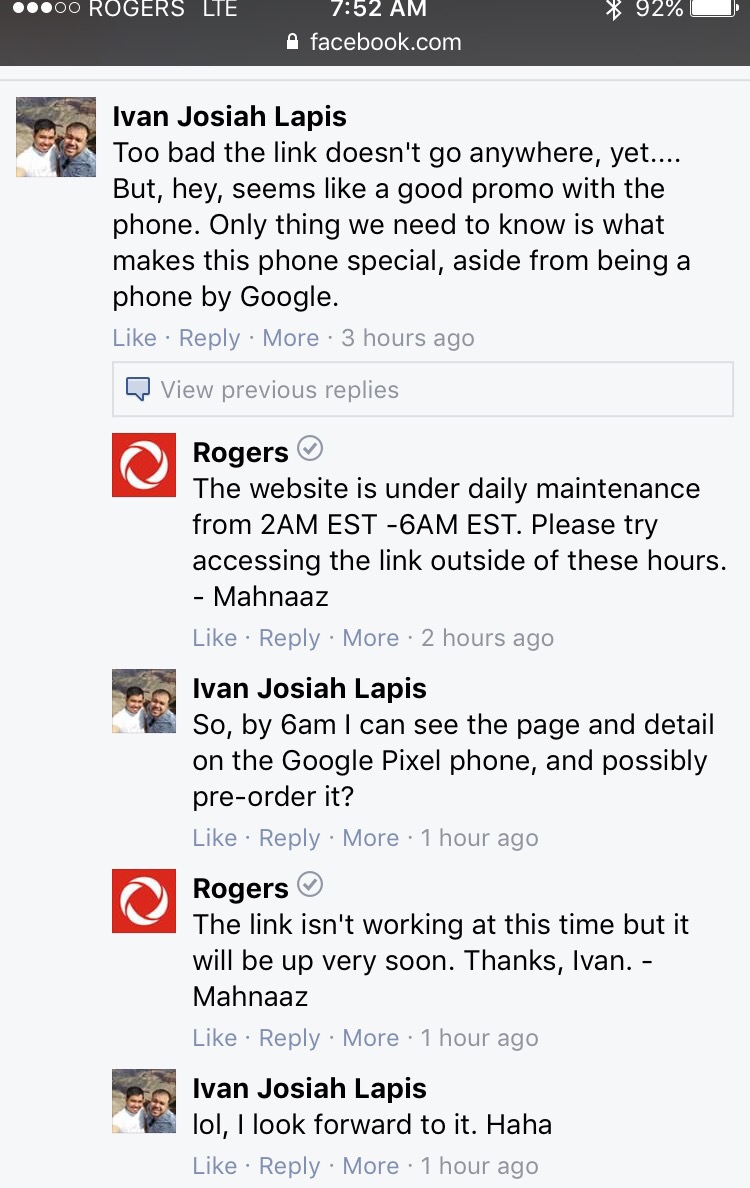 The leak from Rogers is just the latest of a series of leaks that showed the upcoming smartphone from Google. Yesterday, there was a leak from U.K. store Carphone Warehouse and Bell that showed the phone and all of its features.