Lee Jae-Yong, the scion of the Samsung dynasty and the most powerful tycoon in South Korea, was found guilty Friday for his part in a sensational corruption scandal that had already brought down a president. 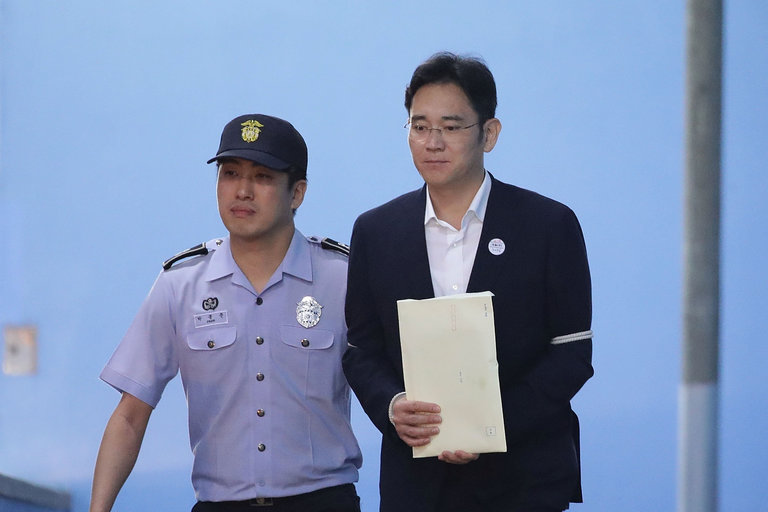 Lee was accused of making $36 million of illegal payments to a charitable foundation controlled by Park’s close friend Choi Soon-Sil, reads a new report from the New York Times. In return, he was alleged to have received political favors that included the ability to restructure Samsung’s obscure shareholding structure and help the Lee family maintain control. Lee denied all charges, and his lawyer said that he will appeal against the ruling.

“At the heart of this case is the collusion between political power and economic power,” the presiding judge, Lee Jin-Dong, said. “This is a case in which Samsung executives … provided a large amount of money in bribes to the president, who has the final say in economic policy, in anticipation of help with the succession process,” the judge said, according to reporters in the courtroom.

One of his lawyers, Song Wu-Cheol, said Lee would appeal the lower court ruling. “The entire verdict is unacceptable,” Song said, adding that he was confident his client’s innocence would be affirmed by a higher court.

Experts believe Friday’s judgment indicates an interest in modifying ties between the wealthy and those in power. South Korean business leaders, including Lee’s father, were convicted for corrupt behavior in the past but received lenient sentences.

The conviction won’t necessarily mean that Lee is incapacitated at Samsung. It’s possible that due to the company’s economic and cultural importance to South Korea, he could be given a presidential pardon, as former presidents often have to previously convicted business leaders. Or, following past precedent, he could play an influential role in the company from prison.

Any shred of mystery Google was saving for its Pixel 7 series launch event on Thursday, October 6, likely dissipated when a detailed and legit-looking spec sheet for the two phones leaked online over the weekend (via 9to5Google). Apparently, a mobile carrier in Taiwan prematurely shared the spec sheet for Google's Pixel 7 and Pixel...
Nehal Malik
30 mins ago