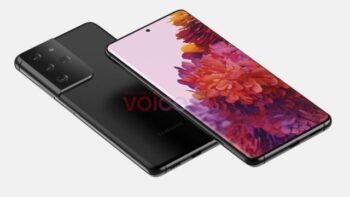 Android Police has just released leaked apparent specifications and features of Samsung’s upcoming Galaxy S21 lineup. The information has been extracted from leaks and official press renders of the upcoming flagship phones, and corroborated by multiple credible sources, according to Max Weinbach.

Here’s a breakdown of the information, courtesy of Android Police:

As for the devices’ physical appearance, the camera setup rests on a protruding bump on all three devices, and this bump has been confirmed to be part of the devices’ frame itself, not the rear cover. In addition, colour choices narrow down as you move up the line of flagship phones, with the S21 Ultra only available in two colours.

The Galaxy S21 Ultra is very noticeably the cream of the crop, with an exceedingly impressive camera setup, a WQHD+ display with an efficiency-boosting adaptive refresh rate, the biggest battery, and Wi-Fi 6E compatibility.

While exact charging speeds for the upcoming phones haven’t been confirmed yet, they are expected to support 25W fast charging at the very least.

In addition, Samsung is rumoured to be slashing prices for its upcoming flagship phones as compared to their predecessors in light of the global economic climate. Exact pricing for the devices isn’t available yet, however.

The entire Galaxy S21 line is expected to launch January 14, 2021, which is earlier than usual for Samsung. The early release may try to better take on Apple’s latest iPhone 12 lineup, which launched later than usual this year due to COVID-19.