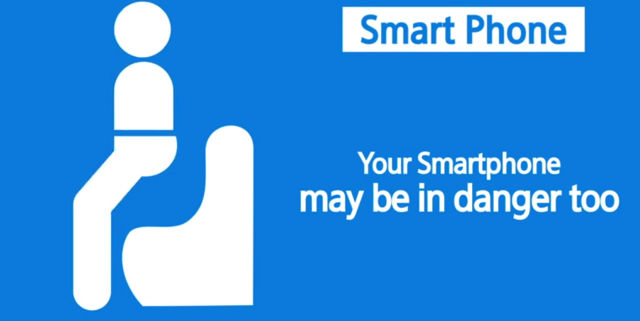 In a newly released video titled “Galaxy Note 4 vs. The Human Gluteus Maximus”, Samsung has shown how strong its new flagship phablet is, claiming that it won’t bend in your back pocket even if you sit on it. The video basically shows a bunch of pressure tests run during and after development and production of the Galaxy Note 4.

“The back pockets, on our pants, are awesome. We know they are vulnerable to pickpockets and have a greater chance of spilling the contents every time we sit, but we can’t resist it. The back pocket is still home to many wallets, keys, phones, etc.

And apparently, our hips are strong – stronger than we give it credit for. Leaving things in your back pocket can lead to, well, bent things. Hence the question: what about my phone? Namely, the Galaxy Note 4.”

While Samsung may have convinced its potential buyers the Note 4 will not bend in their back pockets during normal use in the following video, I wonder how they’ll convince them that the wide gap around the display and frame of its latest phablet is actually a “manufacturing feature” of the device.

Google today officially announced its wired, second-generation Nest Doorbell. The company was originally expected to unveil a slew of new Nest devices at its Pixel launch event on Thursday, October 6. However, the wired Nest Doorbell leaked on Monday and reports indicated it would go on sale before Thursday's event. https://youtu.be/N_xfwAm79iY Google's new Nest Doorbell...
Nehal Malik
54 mins ago