Here is more evidence that Apple could switch to TSMC as early as this year: Just a week after reports coming from Korea suggesting the exclusive contract between Apple and Samsung will end soon, the South Korean manufacturer seems to be excluded from Apple’s chip supplier list, The Korea Times reports. 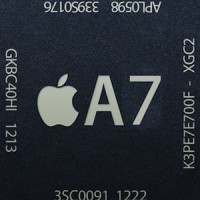 “Apple is sharing confidential data for its next A7 system-on-chip (SoC) with Taiwan Semiconductor Manufacturing Company (TSMC). TSMC has begun ordering its contractors to supply equipment to produce Apple’s next processors using a finer 20-nanometer level processing technology,” said an executive at one of Samsung’s local partners in Korea on Wednesday in a telephone conversation.

Samsung has reportedly widened its customer base, and also expressed hope that its own handsets will balance the chip production line to fill the (possible) gap Apple could leave when the contract ends.

The report seems to reinforce earlier claims of the Taiwanese media indicating that Apple is planning to move forward with TSMC, which has already taped out a design for the A7 chip. However, the SoC is rumoured to arrive only sometime next year.