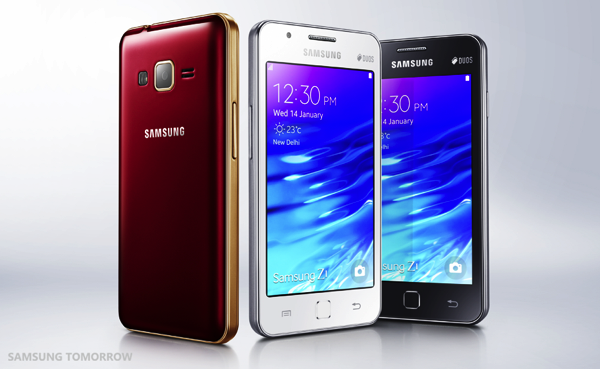 After facing accusations of being an “ill-fated project” due to its postponed Russian launch, Samsung has finally announced the arrival first smartphone running the Tizen operating system. The device costs roughly $92 and is available in India from today (via TechCrunch).

The tech specs mirror its price: The Samsung Z1 running Tine OS 2.3, packs a 4-inch WVGA PLS screen and it is powered by a 1.2GHz dual-core processor and packs 768 MB of RAM. It features a 3.1MP rear and a VGA camera on the front. 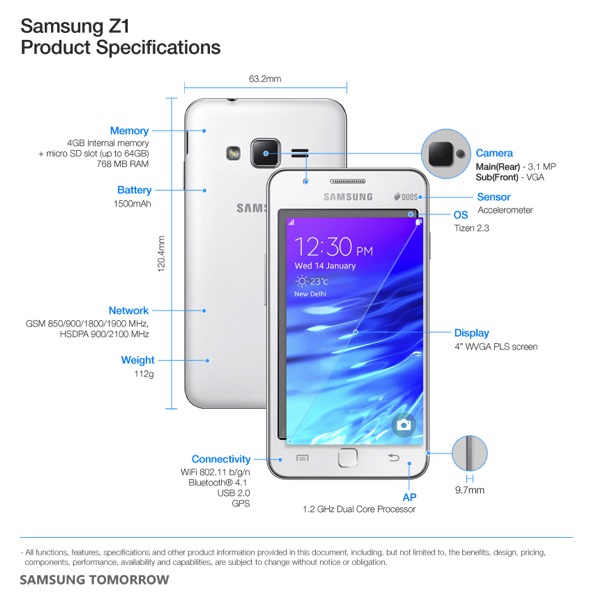 Although it places high emphasis on content, Samsung kept mum regarding how many apps are available for Tizen. It is worth noting that developers must rewrite the codes if their iOS or Android app is to run on Tizen devices.

As you may already know, apps play a key role in making or breaking a device — that’s exactly what Apple is betting on with the Watch. The Z1 will compete with a wide range of Android devices. While it will have the advantage of price, the lack of compatible apps may damage its chance of success.

Samsung isn’t planning to abandon Android by launching the first Tizen smartphone, but rather, as the manufacturer has emphasized repeatedly, to reduce its reliance on the platform.