Apple Pay right now only supports cards issued by American Express in Canada. Our Canadian banks are seen as hold outs like Australia’s big banks, but that changed yesterday when ANZ Bank became the first to sign on to the mobile wallet Down Under.

For those keeping track, Scotiabank may be gearing up for Apple Pay, as readers have let us know new error messages now pop up when trying to add a Visa debit or credit card.

Below is the new error shown when trying to add a Scotiabank Visa Debit card (thanks Vaughn): 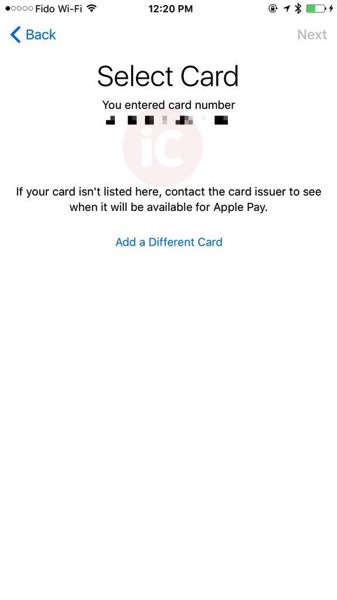 …and here’s a new error pop up when trying to add a Scotiabank Visa card: 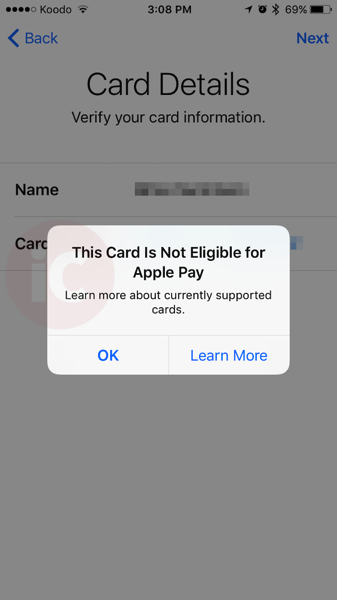 Normally, the error reads “Your Issuer Does Not Yet Offer Support for this Card”, but that has changed, according to iPhone in Canada reader, Brian. Other changes in error messages have previously been tracked by TD Canada Trust customers (and RBC).

Does this mean Apple Pay is coming to Scotiabank? We don’t know, but for the obsessed out there tracking these changes, it may be interpreted as a sign something is brewing.

Signs Apple Pay May Expand Beyond American Express in Canada

I think at this point, it’s probably best to assume Apple Pay is never going to expand to Canadian banks, so when something does happen, it’ll feel like being a kid in a candy store. Just keep lowered expectations, folks (and keep trying to add cards to Apple Pay!).