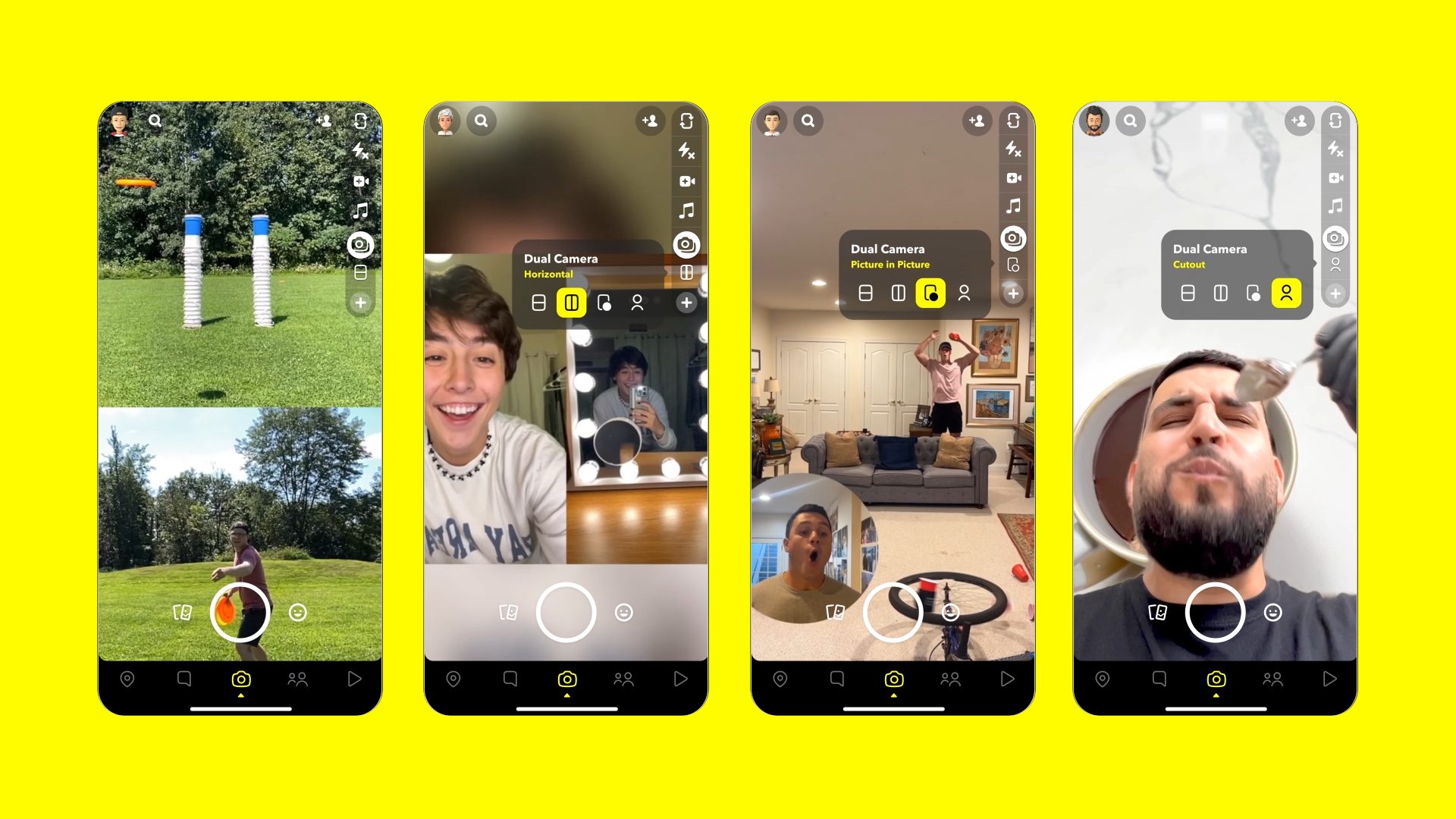 The feature was first teased at Snapchat parent company Snap Inc.’s Partner Summit back in April. Snap originally planned for dual camera functionality to be part of “Director Mode,” a set of new, more advanced features for creators and professionals.

Director Mode still hasn’t made it into the app, and it looks like the social media giant decided to release Dual Camera as a standalone feature for Snapchat’s in-app camera in the meantime.

The Dual Camera feature is Snapchat’s response to selfie app BeReal, which has been gaining notoriety in recent months. That said, Snapchat’s implementation of simultaneous dual-camera recording is a bit more versatile than BeReal’s, which is more focused on selfies.

Dual Camera allows Snapchat users to record with both cameras at once, and they can even change up the layout of the two clips. Options include a split-screen version, which gives each camera half of the screen; a picture-in-picture style; and a cutout mode that resembles TikTok’s green screen.

The feature also supports Snapchat’s augmented reality Lenses, but they can currently only be applied post-capture. According to Snap, the ability to apply Lenses while recording will follow in the coming months.

Instagram is reportedly developing its own dual-camera recording feature and BeReal competitor, called Candid Challenges, that is currently an “internal prototype.”

“We strive to design for our community and what makes sense for them. We know Snapchatters love to express themselves creatively, communicate with their closest friends, and live in the moment, and Dual Camera allows them to do just that – from multiple perspectives,” said a Snapchat spokesperson in a statement to iPhone in Canada.

As part of its continuing production diversification initiative, Apple has ordered for a portion of its AirPods and Beats headphones to be manufactured in India. Apple has begun to double down on manufacturing its devices in India. As a way to lower its dependence on China, Apple has made an order to its suppliers to...
Steve Vegvari
13 mins ago