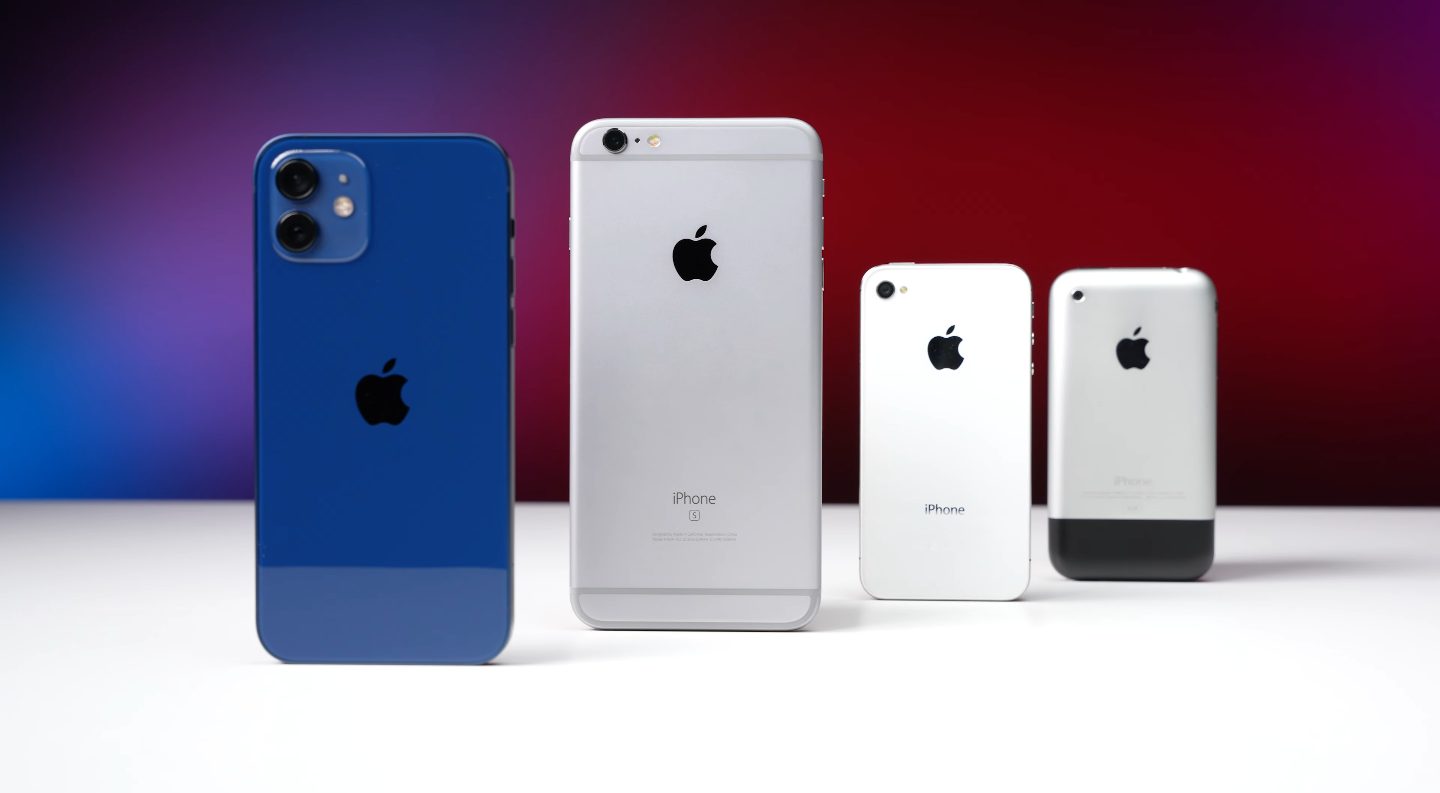 In a recent video on YouTube, tech channel PhoneBuff pit the original 2007 iPhone against the latest model, the iPhone 12, in a battle of speed.

With over 13 years between the two iPhones, it was a given that the original iPhone stood no chance against 2020’s behemoth.

The iPhone 12’s A14 Bionic chipset comes with 5 more cores than the original iPhone’s Samsung 32-bit RISC ARM 1176JZ(F)-S v1.0 chipset, and has a clock speed that’s over 7X faster. The iPhone 12 also features 32X more RAM and 16X more (and exponentially faster) base storage as compared to its originator.

However, looking at the sheer differences between the two phones and their performance puts into perspective just how far the iPhone (and well, phones in general) have come since 2007.

The test tracked how long each iPhone took to perform two laps of a series of identical tasks.

The results painted pretty much the same picture as the two phones’ spec sheets, with the iPhone 12 running the gauntlet in approximately 1 minute and 1 second as opposed to the original iPhone’s 2 minutes and 29 seconds.

Even opening system apps on the original iPhone was painfully slow by today’s standards at times, and the lack of multitasking was palpable.

It was also quite eye-opening to see what was considered back then to be a phone with a massive screen, dwarfed by the regular iPhone 12 and not even one of its larger siblings.