Apple is developing a more impressive version of its new Studio Display that will boast a mini-LED screen and ProMotion technology, according to one analyst. 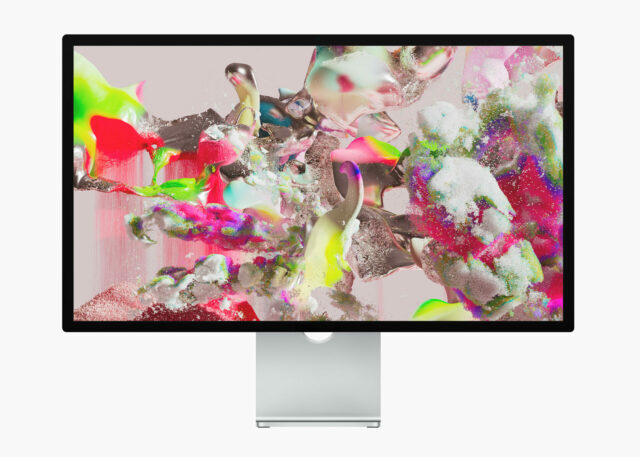 Ross Young, CEO of Display Supply Chain Consultants (DSCC), who has proven incredibly reliable in the past, on Thursday adjusted his predictions regarding Apple’s plans for the Mac in 2022.

Young now believes that Apple will launch a more impressive 27-inch “Studio Display Pro” to accompany Mac Studio and the next-generation Mac Pro — instead of a larger iMac or iMac Pro.

Ross tweeted that he has been able to confirm with multiple companies in Apple’s supply chain that a mini-LED version of Studio Display is in fact coming as soon as this June.

Still expecting a 27” MiniLED display from Apple in June. Guess it might be a Studio Display Pro…Have confirmed it with multiple companies in their supply chain…

Young noted that the new rumoured mini-LED display could sit in between the Studio Display and Apple’s Pro Display XDR, or that it could be a replacement for the latter given its much higher volume of LEDs.

Young had previously said that an iMac Pro would launch during 2022, possibly as early as summer but no longer believes that to be the case. Young says his sources weren’t aware of the separation between the iMac, Mac Studio, and Studio Display, which caused confusion as to Apple’s actual plans.