U.S. telecom giants T-Mobile US and Sprint said yesterday they had agreed to a $26.5 billion USD all-stock deal that could dramatically reshape the industry and test consumers’ and regulators’ appetites for further corporate consolidation. 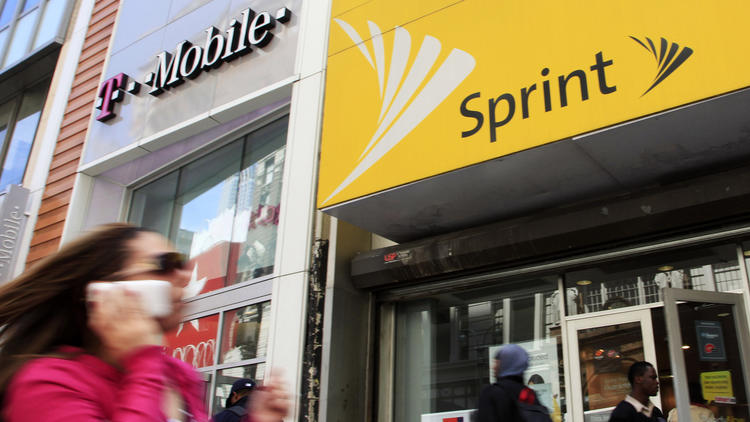 According to a report from Bloomberg, the two companies said they believed they could win over skeptical regulators because the merger would create thousands of jobs and help the US beat China to creating the next generation mobile network.

The deal, announced Sunday, would combine the nation’s third- and fourth-largest wireless companies and bulk them up to a similar size to Verizon and AT&T, the industry giants.

But the companies argued that the combination would allow them to better compete not only with AT&T and Verizon but also with Comcast and others as the wireless, broadband, and video industries converge.

“This isn’t a case of going from 4 to 3 wireless companies — there are now at least 7 or 8 big competitors in this converging market,” T-Mobile chief executive John Legere said in a statement. He would be the CEO of the combined company.

The deal is the latest attempt by T-Mobile, operated by Germany’s Deutsche Telekom, and Sprint, run by the Japanese conglomerate SoftBank, to combine forces as they seek to amass subscribers and challenge the national footprints of AT&T and Verizon, particularly at a time when the industry is racing to deploy the next generation of ultra-fast wireless technology, called 5G.

For Sprint, Bloomberg notes that the acquisition was a godsend, as the carrier has been struggling to keep its customers, and burning cash as a result, for the past several years.

When the two firms finally complete the merger – regulators are yet to sign off on the deal – the combined company will have 100 million customers. In addition to building out its 5G infrastructure, it promises to service rural America better than before, create more jobs than if the two companies operated separately, and invest $40 billion USD in its new business efforts over the next three years.