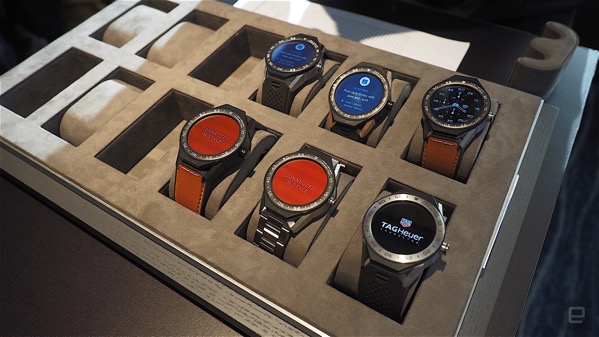 Back in 2015, Tag Heuer announced its first Android Wear luxury smartwatch called ‘Carrera Connected’ in collaboration with Intel and Google at a starting price of $1,500, an impressive 56,000 units of which have been sold to date. Now, the company has launched its second smartwatch called TAG Heuer Connected Modular 45, once again in partnership with Intel and Google, that is set to go on sale for $1,650 (via Engadget). 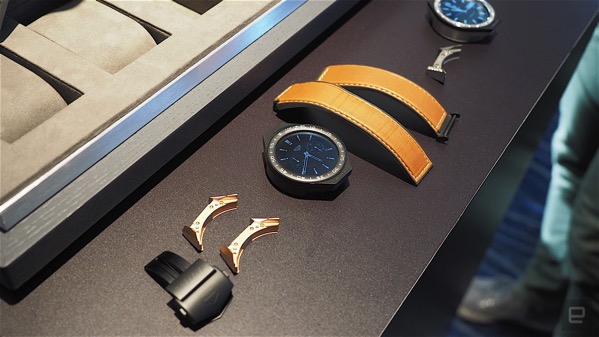 The Modular 45 comes with interchangeable parts, which makes it a lot more versatile than its predecessor. The 45mm smartwatch module can be swapped out with a purely Swiss-Made mechanical option. This means that even when the connected module part of this smartwatch gets outdated, you’ll still be able to have a high-end TAG Heuer on your wrist just by swapping that module out. Furthermore, straps, buckles and lugs of the watch are also fully interchangeable.

The core Connected Modular 45 range consists of 11 different designs; the watch module comes in either silver or black, while the straps are available in rubber, leather, titanium or ceramic, and in a slew of different colors.

If that’s not enough, TAG Heuer offers 45 additional options, some of which include premium materials like patent leather, rose gold and even diamonds. That amounts to a grand total of 56 different designs and, according to the company, over 500 different design combinations.

The Connected Modular 45 is now available for purchase in the US, the UK, Europe, Hong Kong, Japan, Australia, Malaysia and Singapore. Check out the following hands on video by CNET: