Daring Fireball’s John Gruber held a live recording of his podcast, The Talk Show, at WWDC 2017, at the California Theatre, yesterday evening.

Like last year, he had some surprise guests, again—Apple executives Phil Schiller and Craig Federighi. The podcast isn’t up yet, but iMore has a partial transcript of the live podcast, which provides more insight on what Apple announced at the WWDC keynote. 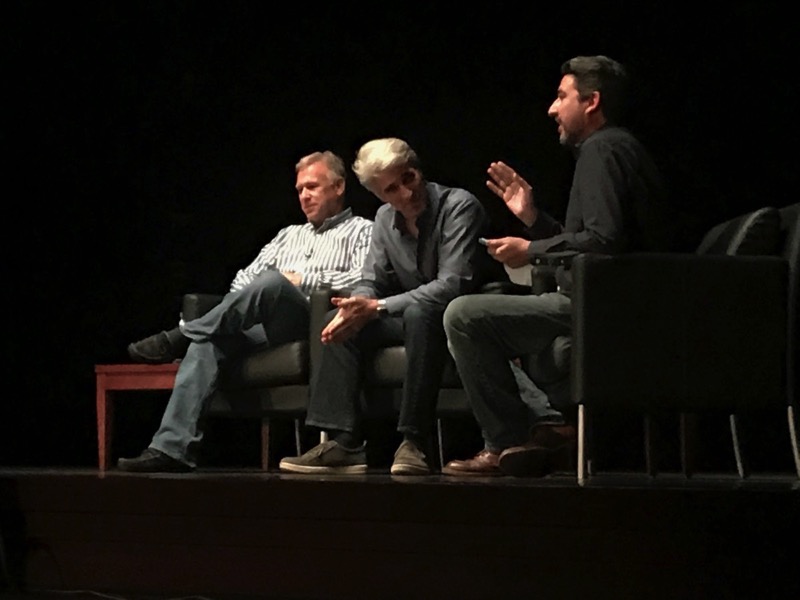 One interesting point discussed– executives noted they wanted to keep the keynote down to two hours (because some people can’t hold their bladder for more than two), but that wasn’t possible with all the news they wanted to share.

Ultimately, the WWDC keynote lasted 2.5 hours after Apple cut a bunch of stuff out. Phil Schiller noted the first draft originally lasted 3.5 hours. Apple skipped its “by the numbers” in the beginning, with CEO Tim Cook only saying “Apple is doing great”. Prior to WWDC, Apple shared news normally reserved for the keynote, detailing how App Store developers have been paid over $70 billion since 2008, and the expansion of Swift Playgrounds to drones, robots and musical instruments.

The podcast episode should make its way into iTunes soon–just hit up this link here to check it out.