While IHS’ teardown gave us an estimate of the raw bill of materials Apple needs to pay for each iPhone it manufactures, the guys from Chipworks continued their own dive into the latest iPhones, revealing other tidbits, such as a dive-level shot of the A8 chip, and confirming further rumours about Sony and others. 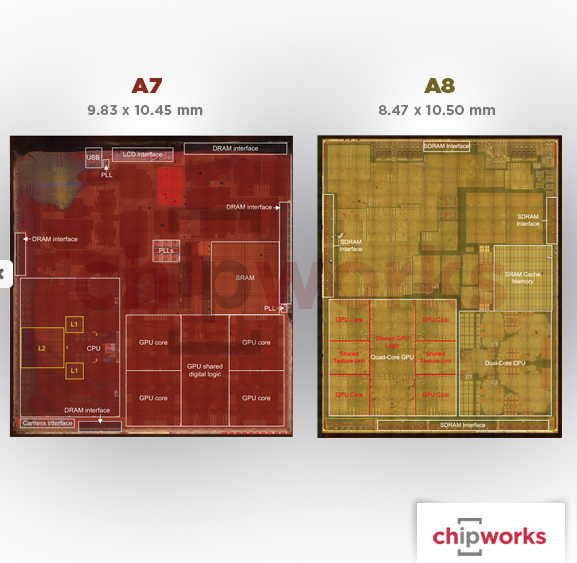 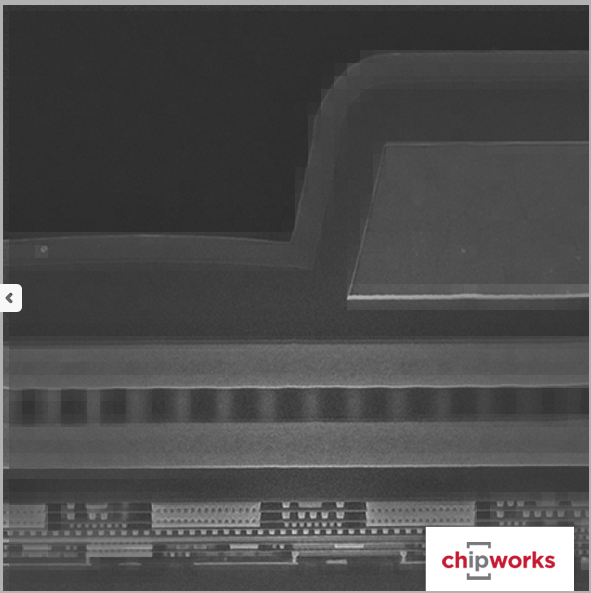 If we look at the CPU, it is still a dual-core, but now has an area of 12.2 mm2 vs. 17.1 in the A7, or 71%; so again, more functionality added. Ryan speculates that it is a tweaked version of the A7’s Cyclone CPU. Looking at the two core layouts, it may be that each core has its own L2 cache, as opposed to the shared cache of the A7, and it is also possible that both the L1 and L2 caches are larger, up from 256 KB and 1 MB respectively. 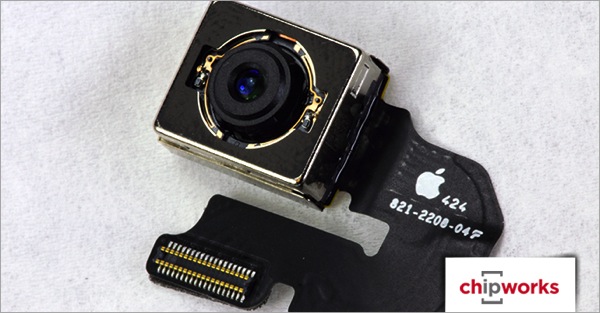 As for the iSight camera, Apple has decided to challenge camcorders this time (after successfully challenging point-and-shoot cameras in the past). The iPhone 6’s iSight camera chip is a stacked Exmor RS, back-illuminated CMOS image sensor featuring 1.5 µm generation pixels with a die size of 4.8 mm x 6.1 mm (29.3 sq. mm).

Also: Remember those rumours of Sony winning the contract for the FaceTime camera sensors? As it turns out, they were true — Chipworks can confirm it. 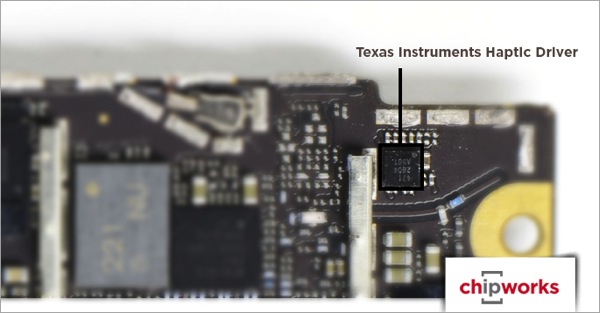 This is only the preliminary report of the iPhone 6 and iPhone 6 Plus teardown. Stay tuned, and we’ll keep you posted.