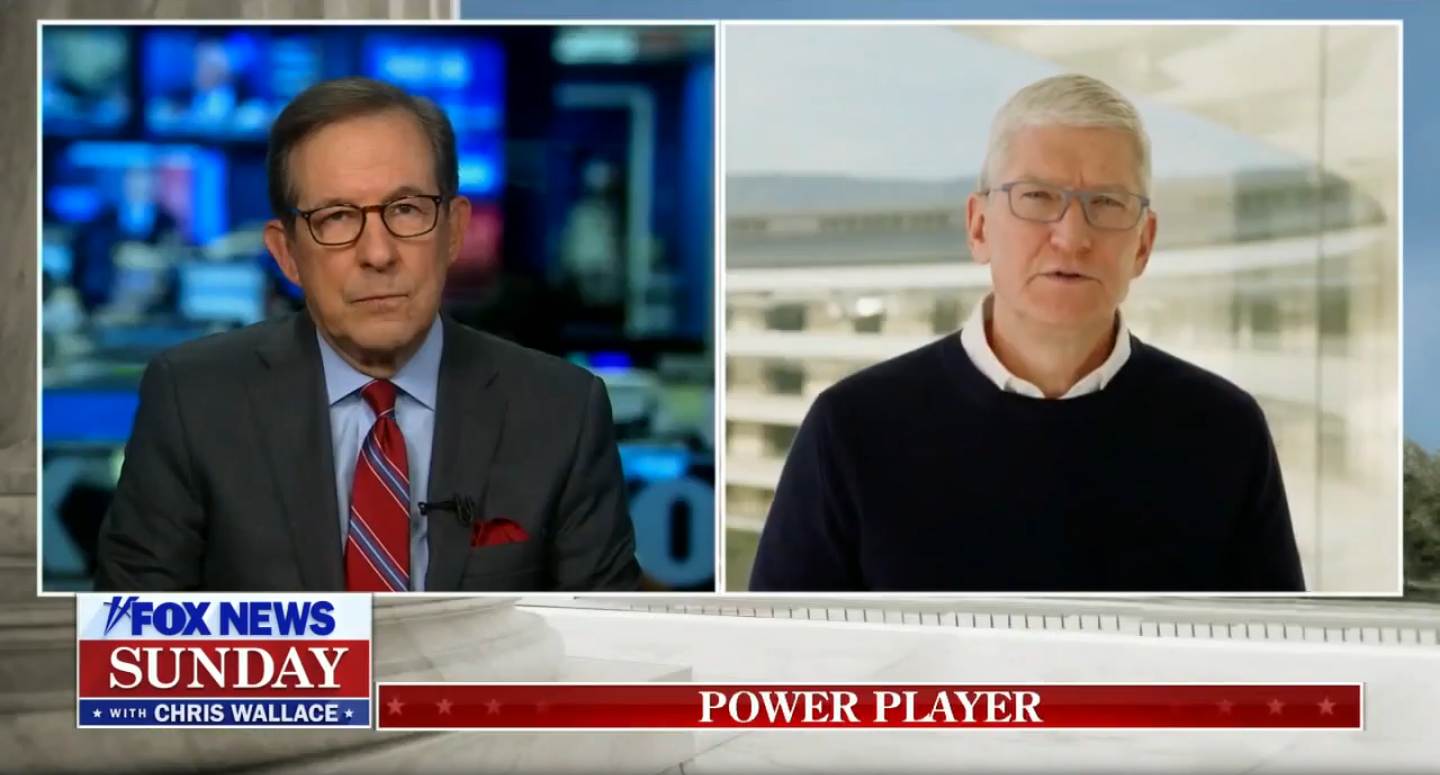 Earlier this morning, Apple Inc. CEO Tim Cook appeared on Fox News Sunday as the network’s Power Player of the Week for an interview with Chris Wallace. (via 9to5Mac).

The Apple CEO talked at length about the tech giant’s $100 million USD Racial Equity and Justice Initiative, and how his experiences growing up in Alabama influence his passion for the project.

He also touched on the recent Capitol riots in Washington, D.C., noting as he watched the events unfold, it felt like “some sort of alternate reality”, said the Apple CEO.

Cook went on to justify Apple’s decision to reprimand “unbiased” social media app Parler for its lacklustre content moderation policies and then remove it from the App Store for non-compliance — a step that was also taken by Google and Amazon.

Cook also talked about what it was like to be thrust into the position of CEO back in 2011, with Steve Jobs’ shoes to fill, and what he’s “proudest of” achieving over the past decade of steering one of the most influential companies in the world.

My focus then was on mourning, was on mourning and leading the company through a very, very hard period of time. And so I wasn’t really thinking about how daunting it was.

I’m proudest that we have kept his DNA as the core of the company. And that the company has stayed focused on innovation and making really great products that empower people and enrich their lives.

“What’s next for Apple? We’re going to continue making the best products in the world. Not the most, but the best,” said Cook. When Wallace asked if an Apple Car is in the cards, the Apple CEO sidestepped the question, as expected:

Cook: Well, I can’t comment on rumors and so forth.

Wallace: Well, you can. You may choose not to, but you certainly — you’re the boss

Cook: You’re right. I choose not to. Touché.

What the Cook was able to confirm about the Cupertino, California, based tech pioneer’s future is that the company aims to “help solve some of the country’s biggest issues” going forward.

You can watch the complete interview above, or head over to the official Fox News website.