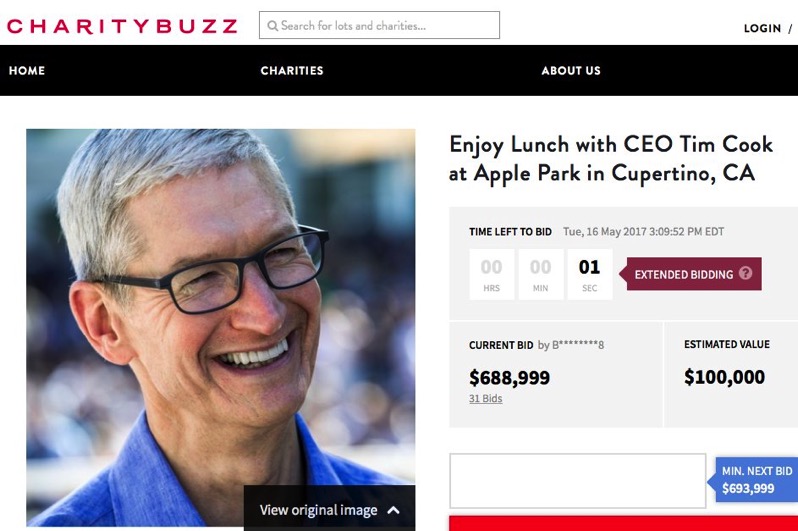 The auction kicked off at the beginning of this month, offering the winner and a guest to have a one hour sit down lunch with Cook (on Apple’s dime of course) at the company’s new Apple Park campus.

The winner of the auction, despite paying nearly $689,000 USD, will still have to pay for their own airfare and accommodation to reach Cupertino, California.