Apple CEO Tim Cook has again demanded more privacy rights for consumers, highlighting how your data is constantly sold online without you knowing. 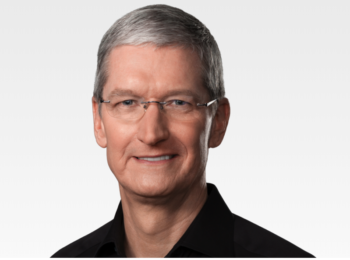 In a new Time piece penned by the Apple exec himself, Cook urges the U.S. government to put surveillance capitalists/data brokers under transparent legal oversight.

“This problem is solvable — it isn’t too big, too challenging or too late,” Cook writes. “Innovation, breakthrough ideas and great features can go hand in hand with user privacy — and they must. Realizing technology’s potential depends on it.”

Cook’s is a very logical position that falls in line with Apple’s stance on privacy. In his article, he urges Congress to pass a comprehensive privacy law to govern the U.S.

“That’s why I and others are calling on the U.S. Congress to pass comprehensive federal privacy legislation — a landmark package of reforms that protect and empower the consumer.”

Cook is calling upon the Federal Trade Commission (FTC) to build a “data-broker clearinghouse,” which would basically require companies that track and collect data to register their business and detail what they are doing. With this one simple addition, Cook says this would make it possible for consumers to “track the transactions that have bundled and sold their data from place to place, and [give] users the power to delete their data on demand, freely, easily and online, once and for all”.

Cook explains four primary bullet points that the aforementioned legislation should keep in mind when considering an individual’s right to privacy:

Cook also says said that it was not sufficient to just introduce new laws — consumers also “need tools that they can use to take action,” he added.

The Cupertino company has been a vocal supporter of consumer privacy in recent years, especially in the wake of Facebook’s 2018 Cambridge Analytica data scandal.