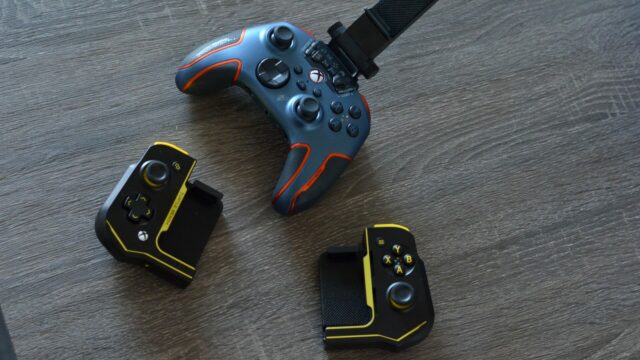 The adoption and popularity of cloud gaming on mobile devices are continuously on the rise. With higher demand for pristine control over beloved games, the need for functional and intuitive controllers is also emerging. Turtle Beach is amongst the latest to bring a solution to the table with its Atom and Recon Cloud controllers.

The Turtle Beach Atom and Recon controllers offer unique solutions to cloud gaming on a mobile device. Currently, the two offer support for Android devices. However, the major difference between the two is their build and functionality. The Atom controller is very akin to the Nintendo Switch and mirrors the Razer Kishi V2 or Backbone One. However, its design is catered to travellers with a compact build. The Recon Cloud, on the other hand, builds off its existing Recon controller but adds Bluetooth connectivity and a sleek clip to fix a mobile device.

Both controllers are fairly pragmatic in their execution. They also offer their own unique pros and cons when using them on a regular basis. With similar price points in Canada, let’s take a look at what each Turtle Beach mobile controller offers players.

As cloud gaming in Canada has become a more viable way of playing games, I’ve naturally gravitated to trying various services and controllers. The Turtle Beach Atom is built in a way that speaks to me. I’ve become accustomed to the Switch-like design that competitors like Razer and Backbone have begun to offer. I’ve often felt as though these controllers excel in ergonomics and longevity. 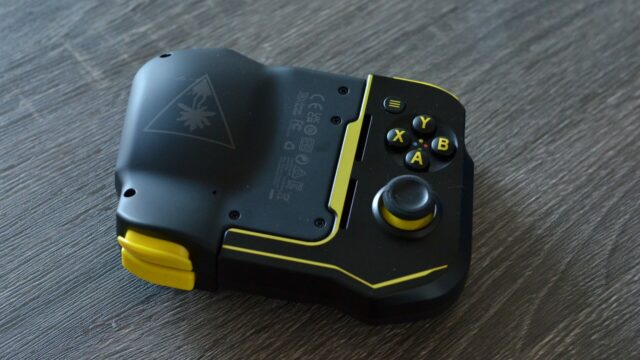 The Atom controller is made up of two separate pieces. Each half of the controller clamps onto the sides of an Android phone, ala a Nintendo Switch Joy-Con. The clamps are wide enough to compensate for many devices. However, depending on your case, you may have to remove the phone prior to using the Atom. The setup does pose an additional step for the user in comparison to previously noted devices. Its design requires a bit more investment from the user. Thankfully, it is compatible with devices running Android 8.0+. Rather than connect natively through the device’s USB-C port, the Atom controller pairs with the device via Bluetooth.

Throughout my use of the Atom, pairing and use have been fairly simplified. The Bluetooth 4.2 connectivity works as intended. There was a mild hiccup when initially pairing the two halves to my Samsung Galaxy S20 Ultra. Due to each half working independently, they both must be turned on and synced using Turtle Beach’s proprietary 2.4Ghz wireless link. 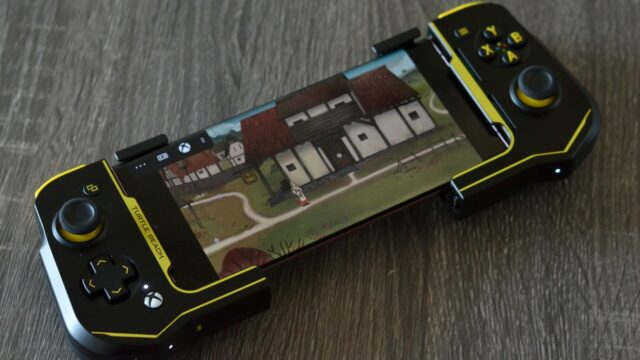 What is particularly unique to the Atom controller is its battery. Much like competitive devices, the Atom charges via a USB-C port on the left half. However, both halves have an independent battery cell. Therefore, when the device isn’t in use, the controllers must be placed in “Travellers Mode.” When combined, the Atom magnetically fuses both halves together. It’s here that the primary left controller module shares its charge with the right controller. Turtle Beach claims that the Atom offers 20 hours of total battery life. So far, this is very accurate. Additionally, the Atom is able to be recharged in roughly 2.5 hours.

Looking at its layout and functionality, the Atom maintains the overall layout of an Xbox Wireless Controller. Players will find asymmetrical thumbsticks, a D-pad, four face buttons, triggers and shoulder bumpers. Due to being designed for Xbox Cloud Gaming primarily, the Atom supports the Xbox button to quickly pull up the Guide menu. Turtle Beach promises low-latency controls via Bluetooth. While latency never really inhibits use, competitive play still isn’t ideal. Playing games like Pentiment or Vampire Survivors on Xbox Cloud Gaming, the Atom is a fantastic option. Though, if you’re looking to jump into Fortnite, the latency still isn’t perfect.

The Atom controller is available in Canada for $129.99 in Black/Yellow, Black/Teal, and Red/Black colour options.

Moving on to Turtle Beach’s Recon Cloud, this controller targets those who prefer that classic feel of a console controller. Turtle Beach has gone into its well of devices and is iterating on the third-party Xbox controller, dubbed the Recon. However, this time around, the company is integrating Bluetooth connectivity and a detachable clip for Android devices. 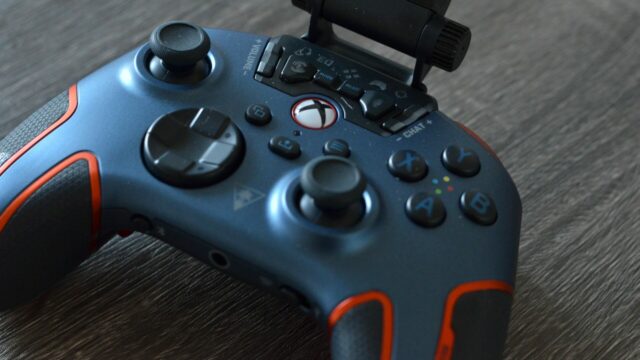 The Recon Cloud is set up using a screwed-in mobile clip. The clip can be adjusted to compensate for viewing angles. There are also two clips to help secure your device. Much like the Atom, cases may not be compatible with the controller. Again, this may not pose an issue with many users but with beefier cases like Otterbox, the Recon Cloud can’t support it. Depending on the smartphone being used, the Recon’s longevity can waver. Due to the mount, the weight distribution can be exhausting on the wrists over time.

The Recon Cloud comes with a 10ft braided USB-C cable for charging. Turtle Beach claims the controller supports 30 hours on a charge. Once again, the Recon Cloud can be fully recharged in a matter of 2.5 hours. The novel thing about the controller and its USB-C connectivity is that it can function as a wired controller for Xbox Series X|S, Xbox One and PC. Bluetooth connections can also be made on PC and Samsung TVs supporting cloud-gaming platforms like Xbox Cloud Gaming and NVIDIA GeForce Now. 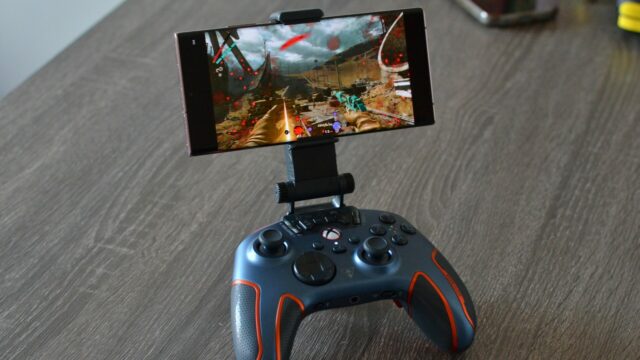 With its design inspired by the Xbox Wireless Controller, the Recon Cloud should feel very familiar to those used to the Xbox ecosystem. Even down to the Share button in the middle of the controller, the Recon Cloud maintains that authentic feel. However, there are noticeable differences. For instance, the triggers and shoulder buttons are more flush against each other. This does take a bit of getting used to, admittedly. Additionally, the controller offers two mappable buttons with four swappable profiles. This way, you can preset controls based on the games you’re playing at the time.

The Turtle Beach Recon Cloud controller is available in Canada for $129.99 in Black and Blue Magma colour variations.

As far as mobile controller options, Turtle Beach’s latest offerings do have some unique feature sets and compatibility that should speak to Android users. While designed for Xbox Cloud Gaming, both controllers can function while playing naitive mobile games, NVIDIA GeForce Now, Steam Link, etc.

The differences between the two and how they speak to the user all come down to personal preference. The Atom controller is much more of your on-the-go companion. Its compact design can fit in a bag with no issue. However, it takes a bit longer to set up and pair initially. The Recon Cloud, on the other hand, offers that console-like experience. However, the clip and weight of the smartphone used can be cumbersome during longer play sessions. Keeping those in mind, Turtle Beach’s offerings are an easy recommendation for mobile controllers.