Twitter has live-streamed the PGA Tour and Wimbledon tennis before, but now the social network has announced its first ever streaming deal for pro boxing, in a partnership with Showtime Sports. 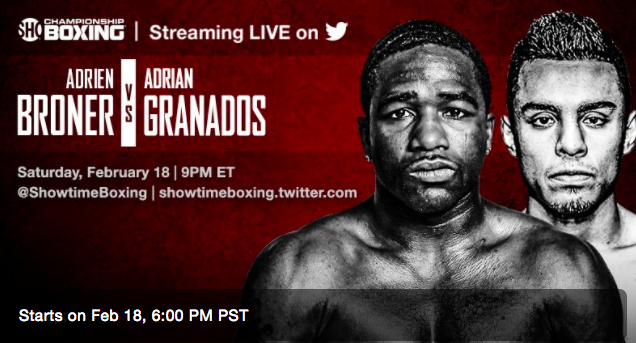 The Adrien Broner versus Adrian Granados boxing match will be live streamed on Saturday, February 18 at 6PM PST/9PM EST, on showtimeboxing.twitter.com. What makes this deal unique is it’s only available for those viewing in Canada and the U.S.

Streaming the match on Twitter takes the boxing match mobile, allowing viewers to watch it from any device, plus get engaged, no matter where they are.