Yesterday Apple released iOS 11 beta 9 for developers, marking the first time an iOS beta has reached number 9. It was also a quick turnaround release, since beta 8 was out just three days prior.

What’s new in iOS 11 beta 9? As expected, not a whole lot of new features, but rather bug fixes and performance improvements behind the scenes. 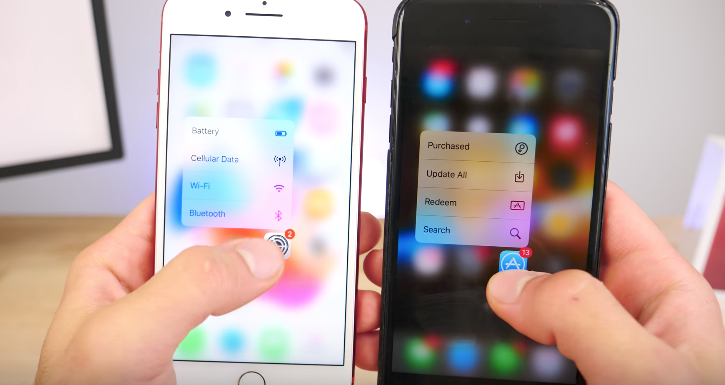 YouTube channel EverythingApplePro has again taken a look at iOS 11 beta 9 versus iOS 10.3.2, to note changes. He says a 3D Touch lag bug appears to be fixed, while iOS 11 beta seemingly hints at some ‘iPhone 8’ features, as spotted by beta testers. Specifically, one screenshot of the time moving to the upper left corner, as seen in iPhone 8 homescreen mockups, and another user seeing ‘rounded’ upper left and right corners, again hinting at upcoming design features from iPhone 8.

This ninth iOS beta also has a slightly higher Geekbench score compared to beta 8 and iOS 10.

Apple’s special event for iPhone 8 has been announced for September 12, 2017.

SkipTheDishes has today announced the launch of its new 'Do Good Deal' offer on the largest food delivery network in Canada. Piloting at participating restaurants in Winnipeg and Vancouver, this menu add-on allows restaurants to offer customers exciting end-of-day discounts on unsold menu items. The Do Good Deal offer is a new addition to SkipTheDishes' offerings...
Usman Qureshi
9 mins ago

DoorDash and Wendy's Canada have announced a new nationwide partnership to deliver consumers their favourite menu items from the comfort of their homes. Available at over 300 restaurants across the country, Wendy's lovers can now order the iconic Baconator or Classic Frosty through DoorDash Canada. "DoorDash is providing Canadians a convenient and accessible way to Dash...
Usman Qureshi
17 mins ago

Ottawa-based lawyer Darius Bossé has filed a case against the federal government over the ArriveCAN app not allowing iPhone users to choose whether they wanted to use French or English as their official language — reports the CBC. ArriveCAN was built as a mandatory tool for travellers to submit COVID-19 vaccination proof and other health information...
Nehal Malik
17 mins ago