WhatsApp to Support Larger Groups Up to 1024 Participants

Last week, WhatsApp rolled out the ability for users to leave Groups silently without notifying all members, and now, WhatsApp beta for iOS and Android is getting the ability to add up to 1024 participants to Groups (via WABetaInfo). 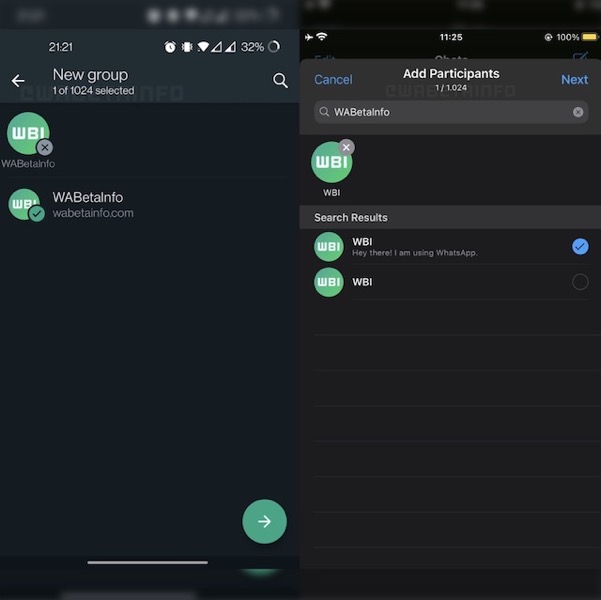 The new feature is currently limited to select beta testers on iOS and Android. If you want to check if the feature is available for your WhatsApp account, just try to create a group or add new participants to an existing one.

In this section, you can see what’s the limit configured for your account.

“If you stil see “512”, don’t worry: since it is a small test as happened in Argentina with the feature that lets share media files up to 2GB in size, it might take a while before reaching all other WhatsApp account, so nothing is wrong with your account.”

WhatsApp also recently introduced a new desktop app for Windows that no longer requires users to have their phones online to send, receive, or sync messages.

Last month, WhatsApp rolled out an ‘undo’ feature for recovering deleted messages for some beta testers on iOS. The new feature adds an “undo” option for restoring the deleted message.