Apple’s ECG feature that it introduced on its Apple Watch Series 4 smartwatch is apparently now accessible outside of the United States. 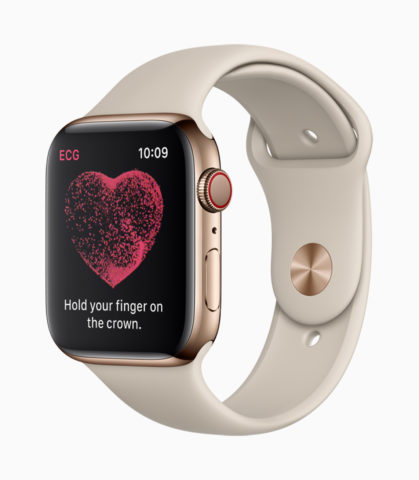 When Apple announced the Apple Watch Series 4 earlier this year, it introduced a new ability that allowed the smartwatch to take an electrocardiogram of the user’s heart, with the help of new sensor additions at the back of the dial. At the time of launch, Apple announced that only users in the US will get the ability to use the ECG feature, while it didn’t confirm or deny its availability outside of the US region, in the future.

A new report from 9to5Mac, however, explains that there’s a simple workaround that will allow non-US-based Apple Watch owners take advantage to the devices’ ECG feature: simply switch the region of the Apple Watch Series 4 and connected iPhone to the United States.

This process mirrors the steps Canadian users take to use Apple News, which isn’t yet available in the country.

“That the Apple Watch ECG limitation is software-based is already a good sign, since software limitations are inherently easier to bypass when compared to hardware ones,” reads the report. “By being based on the region, users will be able to get access to the feature by changing the region on their iPhone and Apple Watch, similar to how other features such as Apple News can be enabled on unsupported countries.”

Users who want to try the ECG feature can simply change the region to the United States by heading to Settings > General > Language & Region > Region > Select United States. This process will impact on other Watch settings such as date/time formats and units of measurements, however. So that’s definitely something to be mindful of if you’re desperate to try it out.

The Apple Watch Series 4 includes electrodes built into the Digital Crown that work with the device’s back crystal to generate an ECG waveform, regardless of region sold. This information can help determine whether the user is showing signs of atrial fibrillation. To make this claim, Apple needs approval from national health agencies wherever it sells the wearable device such as the U.S.-based Food and Drug Administration (FDA). This process can take a long time, especially in places like Canada and the European Union.

As mentioned, the ECG feature on the Watch Series 4 has currently only been approved by the appropriate regulatory body in the US. It’ll have to go through a similar process to get it the thumbs up to be used for serious health monitoring in other countries.