Gmail iPhone App is Now Back in the App Store 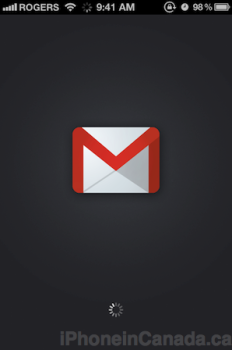 The Gmail iOS app has made its way back to the App Store. A couple weeks ago it was introduced and turned out to be somewhat of a dud as pushed notifications did not work as advertised, and other users experienced bugs. The ‘new’ app now supports push notifications, and finally image HTML messages now fit to the screen (multiple account support coming soon). You will need to uninstall and reinstall the app, or logout of the old app to see the changes.

The Gmail blog details the changes:

Two weeks ago, we introduced our Gmail app for iOS. Unfortunately it contained a bug which broke notifications and displayed an error message, so we removed it from the App Store. We’ve fixed the bug and notifications are now working, and the app is back in the App Store. For an overview of what’s available in the Gmail app for your iPhone, iPad or iPod touch, check out this blog post.

In the short time the app was public we received a lot of helpful feedback and feature requests. This included requests for everything from bigger features like multiple account support to customizations like improved notifications and mobile specific signatures.

We’re just getting started with the Gmail app for iOS and will be iterating rapidly to bring you more features, including all the ones listed above plus many more. Based on your comments we have already improved our handling of image HTML messages – they are now sized to fit to the screen and you can pinch to zoom in.

To try out the Gmail app today, install it from App Store on any iOS 4+ device. Those who already have the Gmail app released Nov 2 must uninstall or log out of the old app prior to installing the new app.