Update 1: Can’t find this in the App Store? Search for “google-translate” and it will appear. Thanks to Tired8281 in the comments! 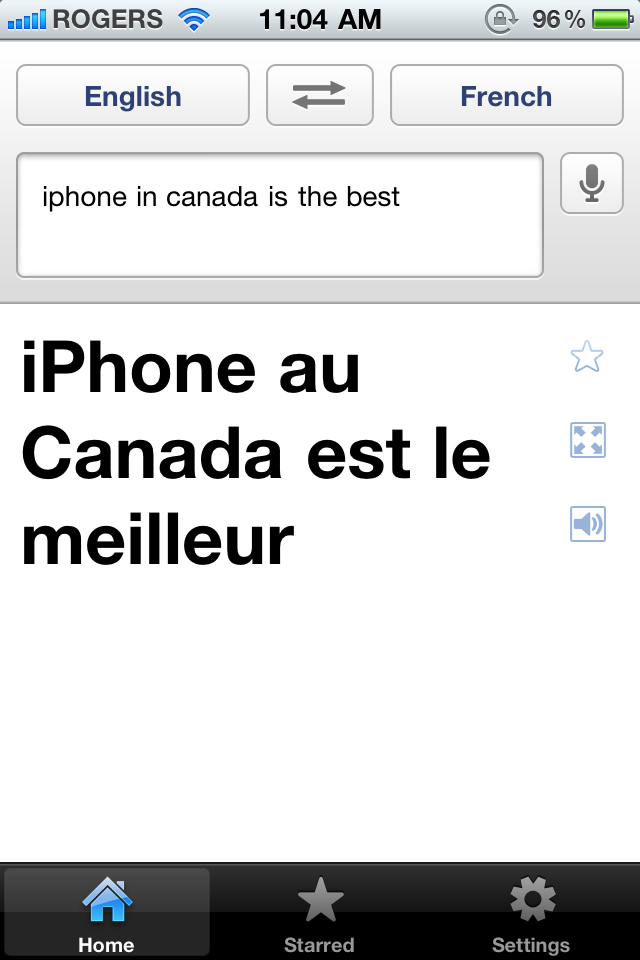 Google just released their official Google Translate iPhone app, as announced on their Google Mobile blog. This app has all the features of their HTML5 web app launched in 2008. Check out the features below:

With Google Translate you can:

* Translate text between 57 languages
* Translate by speaking the text instead of typing it (15 languages)
* Listen to your translations spoken aloud (23 languages)
* Display translations in full screen mode to make it easier for others nearby to read
* Star your favorite translations for quick access even when youâ€™re offline
* Access your translation history even when youâ€™re offline
* Spell out the translation of non-Latin script languages (e.g. Chinese, Japanese, etc..) in Latin characters to read it phonetically (e.g. Pinyin, Romaji)
* View additional dictionary results for single words or short phrases

Translations between the following languages are supported: 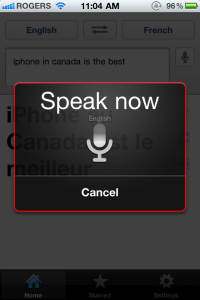 Other Google apps available include Google Mobile (with Google Goggles support), Google Latitude, Google Shopper (not in Canada of course), Google Places, and Google Earth. This is typical of Google, releasing a tonne of services, all the time. Why not release just ONE Google app that has them all? I’m still waiting for a native Gmail app. One day!

Back to Google Translate though–it’s awesome. You can speak right into the app and it’ll translate in real time. You can even access your history offline and there’s a nice full screen option too. Imagine traveling and using this app, it’d be a lifesaver (as long as you had data or free wifi). I’m having lots of fun with this, thanks Google.