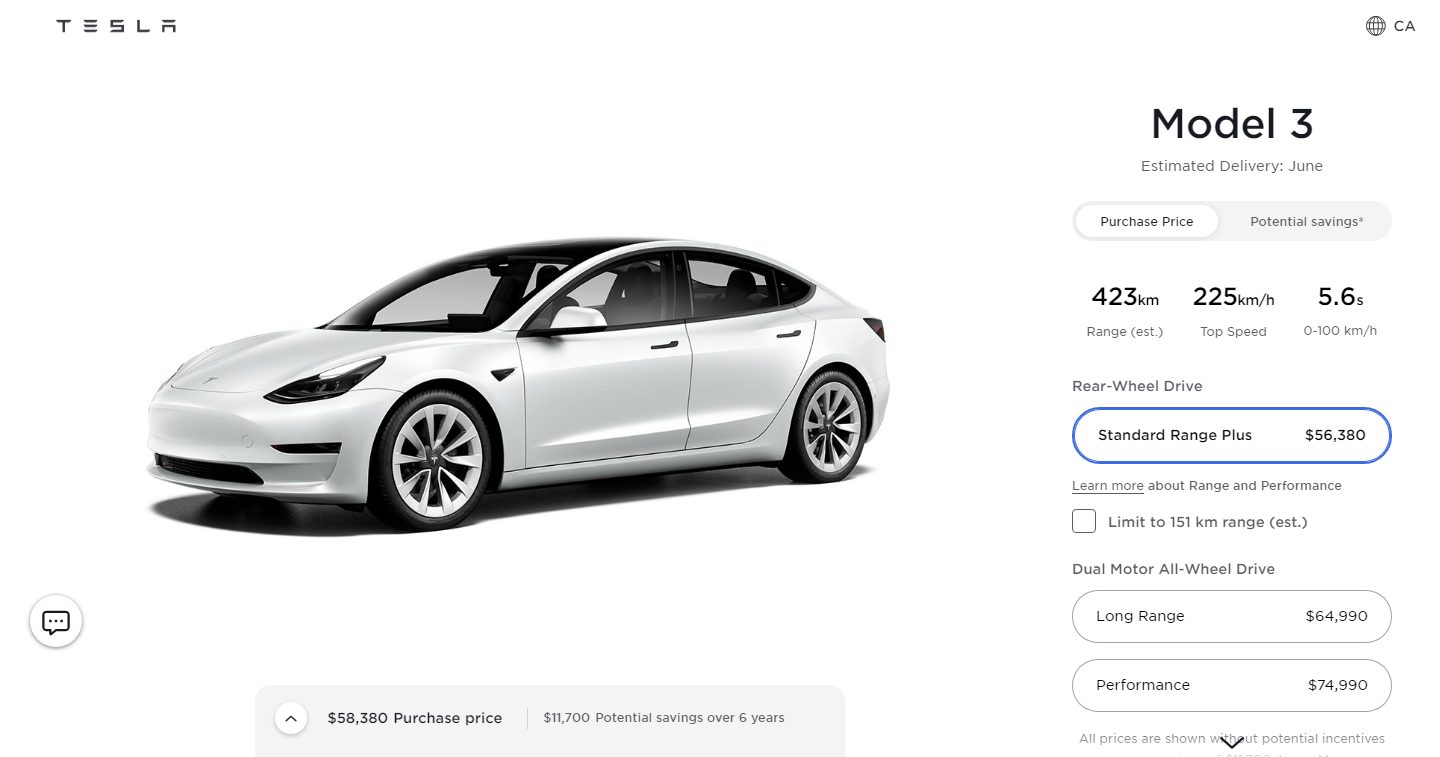 Tesla’s stock may be surging — it actually crossed the $1,100 USD per share mark earlier today—but and so are sticker prices on its cars.

Estimated delivery dates for the Model 3 SR+ in Canada have now slipped into June 2022, a whopping eight months from now.

This is the second time Tesla has bumped the base price of the Canadian Model 3 SR+ in the last fortnight. The all-electric sedan’s former sticker price of $54,990 was the result of a $2,000 price hike that took effect earlier this month.

The answer: $54,990, which is a mere $10 below the $55,000 cutoff for Canada’s federal electric vehicle (EV) rebate program. Skirting around the federal EV rebate program’s silly limitations again, are we, Mr. Musk?

In the past 14 days alone, the base price of the Model 3 Standard Range Plus has shot up by a considerable $3,390.

Now that Tesla is staring at the federal EV rebate program’s ceiling for the Model 3 SR+, it’s likely we won’t see any more price increases for Tesla’s best-seller in the near future. Unless, of course, Tesla decides to be even cheekier and hikes prices up by another $9 after a couple of weeks.

Earlier this month, Tesla also increased the price of the Model Y in Canada by $4,000 CAD, while Model S and Model X prices also increased by $8,000 CAD.

The entire auto industry is dealing with semiconductor shortages, but Tesla is faring better than others, delivering over 241,000 vehicles in its recent third quarter.