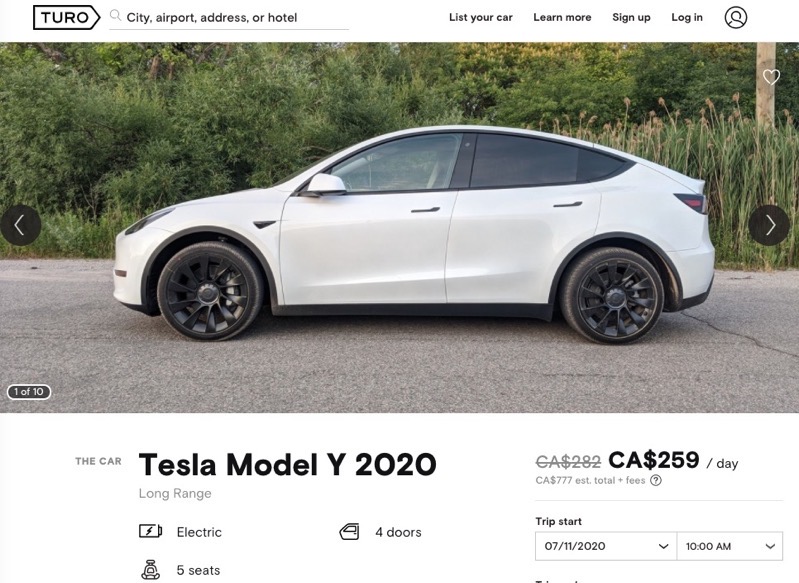 Turo has announced the first Tesla Model Y in Canada has been listed on its peer-to-peer car sharing network, with the electric vehicle available to rent in Toronto, Ontario.

According to Tesla North, a Pearl White Metallic Model Y, a Long Range AWD variant capable of 0-100 km/h in five seconds, has been listed on Turo, the only one so far in Canada, according to the latter.

The first Tesla Model Y was delivered in Canada back in June, and since then deliveries have made their way across the country.

Turo is incentivizing Model Y owners to list their vehicles in the form of a $500 bonus right now, in limited capacity. Recently, Turo expanded its operations to British Columbia. The service allows car owners to rent out their vehicles, similar to Airbnb but for automobiles.