Apple Releases watchOS 6.2.5 for Everyone to Download with New Pride Watch Faces 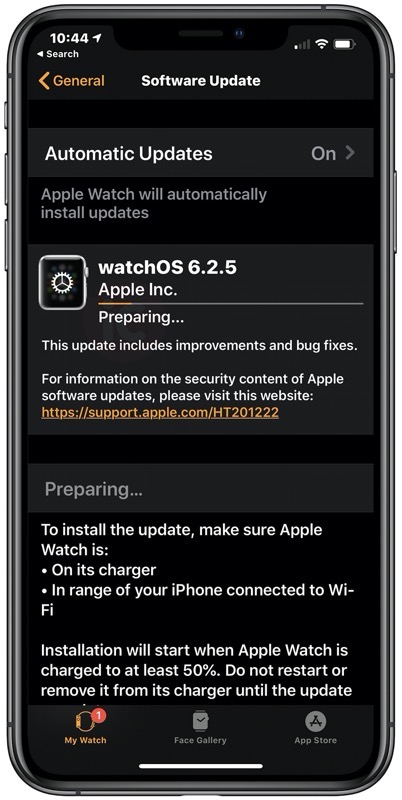 The company also noted watchOS 6.2.5 would be released soon, which would include new Pride Watch faces. It appears “soon” meant just over five hours later according to Apple’s timeline today.

After Apple released golden master (GM) seeds of iOS 13.5 and more just this morning, it also released the public version of watchOS 6.2.5. “This update includes improvements and bug fixes,” says the description.

You can update your Apple Watch to watchOS 6.2.5 by launching the Watch app on your iPhone, then going to General > Software Update. Your watch must be on its charger and in range of your iPhone connected to Wi-Fi for the install to complete.