Apple Watch Series 4 hardware comes with built-in ECG hardware, but will only be unlocked with an upcoming watchOS update, first for users in the United States. While Apple said the feature was launching later this year, it never specified a timeline. 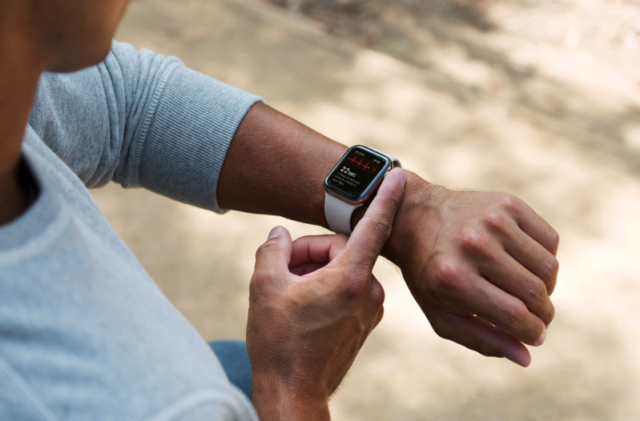 Now, MacRumors is reporting an Apple training document is now detailing ECG for Apple Watch Series 4 will be enabled with the release of watchOS 5.1.2:

ECG functionality will be enabled on the Apple Watch Series 4 in the publicly released version of watchOS 5.1.2, which is currently in beta testing, according to an internal Apple Store training document obtained by MacRumors.

Apple’s training document explains the ECG feature is “not intended to be a diagnostic device or to replace traditional methods of diagnosis,” while adding it “should not be used to monitor or track disease state or change medication without first talking to a doctor.” Retail store employees are being told to specify these characteristics to customers.

The ECG feature with Apple Watch Series 4 will be accessed via an app for users in the United States. What about Canada? Well, this Apple News region trick should theoretically unlock the ECG app as well. We will update you once we find out with the release of watchOS 5.1.2. A previous report claimed Apple was apparently in talks with Health Canada to bring the feature here.

Apple says on its U.S. website, the ECG feature is “a momentous achievement for a wearable device that can provide critical data for doctors and peace of mind for you.” 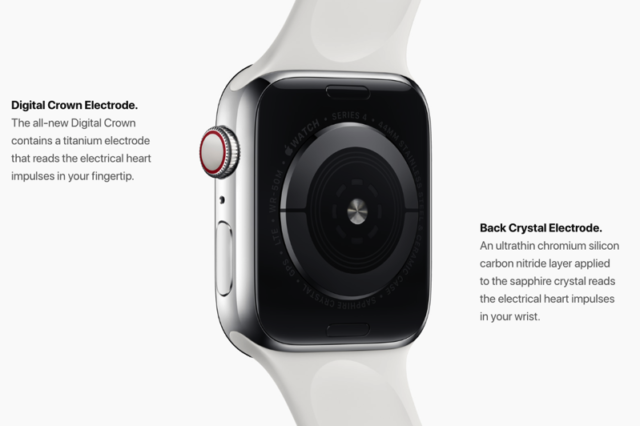 Here’s how the feature will work on Apple Watch Series 4:

Electrodes built into the Digital Crown and the back crystal work together with the ECG app to read your heart’s electrical signals. Simply touch the Digital Crown to generate an ECG waveform in just 30 seconds. The ECG app can indicate whether your heart rhythm shows signs of atrial fibrillation — a serious form of irregular heart rhythm — or sinus rhythm, which means your heart is beating in a normal pattern.

Also coming with watchOS 5.1.2 is the apparent launch of irregular heart rhythm notifications for Apple Watch owners, from Series 1 to the latest Series 4.

YouTuber and tech gore creator TechRax took it upon himself to give Apple's new iPhone 14 Pro a facelift in a recent video. "I can't stand the protruding camera bump," he said, preparing to saw it off. The camera island on the back of this year's iPhone 14 Pro models is larger in all directions than the...
Nehal Malik
22 hours ago

The experts over at iFixit have just published their teardown of the Apple Watch Ultra on YouTube, calling it “beautiful, rugged, and almost repairable.” The all-new Apple Watch Ultra officially went on sale on Friday, debuting the biggest change to Apple Watch yet, with the watch sporting features targeting extreme athletes. It’s designed to compete...
Usman Qureshi
23 hours ago