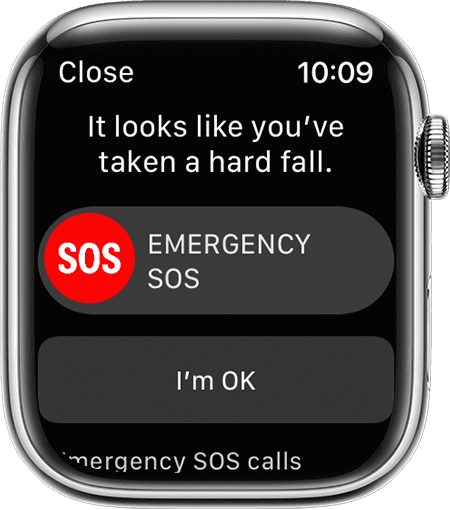 When an 85-year-old Ottawa resident living alone sustained a hard fall that left him unresponsive on November 28 at 8:45 p.m., the Ottawa Police Service (OPS) was able to immediately respond to the situation, and potentially save his life thanks to his Apple Watch’s fall detection feature triggering a 911 call.

“An automated message with coordinates came into an OPS Police Communicator. She used them to get an address. The open line through the watch enabled her to hear breathing and a dog barking. She dug some more and got the name of the homeowner, providing all of the information to officers,” reads an OPS Instagram post on the incident.

When your Apple Watch detects you’ve taken a hard fall, it gives you a prompt with options to either tell it ‘I’m OK,’ or send out an ‘EMERGENCY SOS.’ If you don’t dismiss the prompt and the watch detects no movement for the next minute, it automatically places a call to 911.

The fall detection feature was first introduced with the Apple Watch Series 4 and has since become a staple across newer iterations. The feature has saved multiple lives, informing authorities and requesting an emergency response when wearers have been rendered unconscious by a fall or even gotten into accidents.

Cst. Andrew Barrett and Cst. Damian Levesque responded to the call a mere seven minutes later at 8:52 p.m, breaching the resident’s door and finding him unconscious.

Cst. Levesque provided first aid and bandaged the man’s head wound while Cst. Barrett contacted and spoke to his daughter, advising her of what happened.

Paramedics arrived on the scene shortly, treating the man and transporting him to the hospital. The resident is expected to make a full recovery and will even get to spend Christmas with his family.

Where Apple has to defend against a lawsuit alleging an oversight in the Apple Watch’s design can cause bodily harm to users on one side, the device is saving lives on the other. According to recent reports, Apple is also working on a safety feature for the iPhone and Apple Watch that can accurately detect car crashes and automatically dial 911.

Apple Watch Ultra, Apple's most premium smartwatch to date, officially launched on Friday. The new high-end smartwatch targets extreme athletes, and it comes with a choice between three different bands to aid in their adventures: the Alpine Loop, the Trail Loop, and the Ocean Band. Each of the three band types was thoroughly tested and...
Nehal Malik
1 day ago