Gary Ng
5 years ago
Apple announced Apple Watch Series 3 today with an option for cellular capabilities. Bell is the first carrier in Canada to support Series 3 cellular models, while Telus will add support later this year.
As for Series 2, the line has been axed, pushing users towards the regular Series 3 version, which now has starting prices cheaper than before.
More price drops were also seen today, as Apple Watch Series 1 saw a $30 drop for both 38mm and 42mm models: 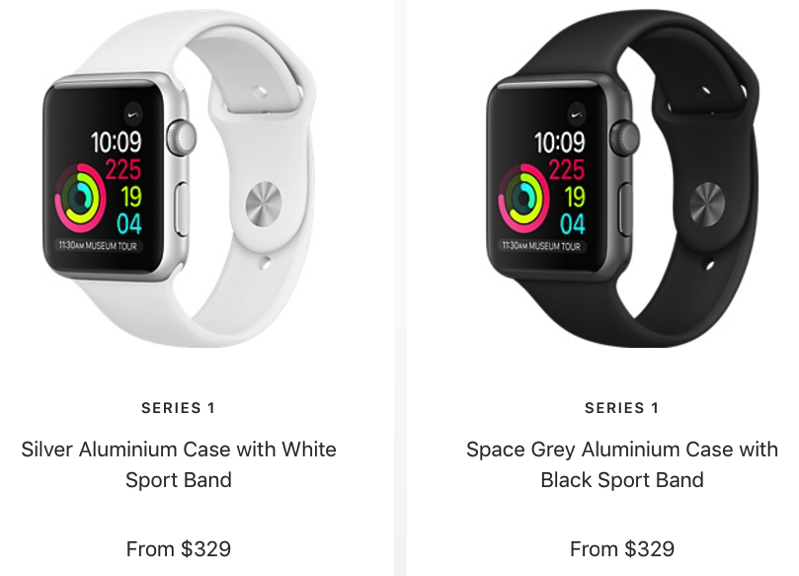 Again, if you’ve been holding out for an Apple Watch, the price has definitely dropped since its original debut in March of 2015, when Sport models started at $449/$519 CAD for 38mm and 42mm versions.
Last March, Apple dropped Canadian Apple Watch entry pricing by $50, and now we are seeing it even cheaper. You can bet Series 1 versions will be hot sellers this holiday season.
Apple CEO Tim Cook said on stage today, Apple Watch is now the number one watch worldwide.