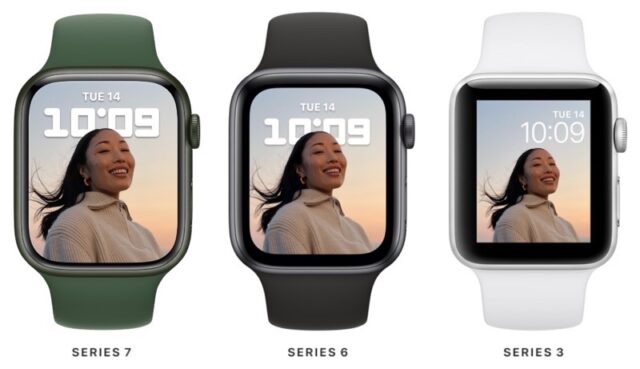 Now, it doesn’t take a rocket scientist to guess Apple would launch Apple Watch Series 7 sales sooner, rather than later, to take advantage of the busy holiday quarter.

That being said, leaker Jon Prosser is back at it again, this time claiming the Apple Watch Series 7 release date is going to happen in the middle of next month:

According to multiple sources familiar with the release, we’re hearing that pre-orders could happen as early as next week, with shipping happening mid-October.

It’s worth noting Prosser’s track record did not look very good at Apple’s most recent event, as he claimed Apple Watch Series 7 would have a squared-off design like the iPhone maker’s other products, plus new speaker grilles. That didn’t happen, as instead, we saw a similar design to the Series 6 but with thinner bezels, allowing for a bit more screen real estate.

As for a more definitive Apple Watch Series 7 release date? That might have leaked a bit earlier than expected from Apple Watch luxury partner, Hérmes.

AppleTrack has shared an email received from the French luxury goods maker that Apple Watch Series 7 “will be available for pre-order beginning October 8, 2021,” which is next Friday: 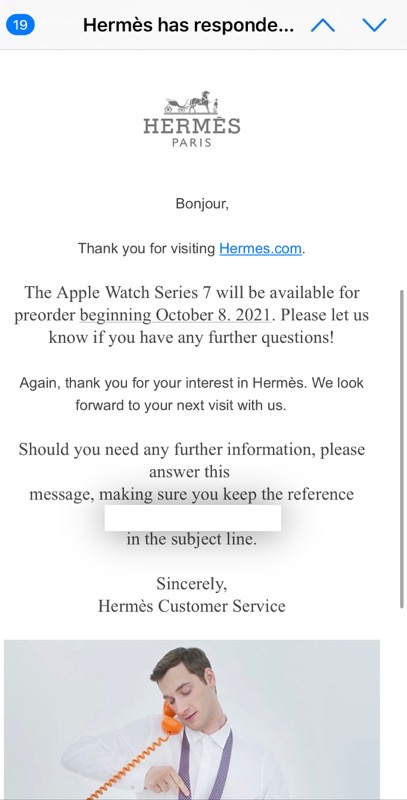 “A source at Hermès has privately confirmed the validity of these emails without confirming the date specifically,” writes AppleTrack. We’ll find out soon enough is this is indeed real or not.

Prior to Apple Watch Series 7 being unveiled at Apple’s special event, reports claimed the wearable would be available in limited quantities at launch, due to manufacturing delays. It turns out that may be a possible reason why there was no date shared for Apple Watch Series 7 pre-orders at the event, with Apple only saying it would later this fall.

We don’t have Apple Watch Series 7 Canadian pricing yet, but the USA prices are the same as before, suggesting we won’t see a price increase in Canada once final prices are released.