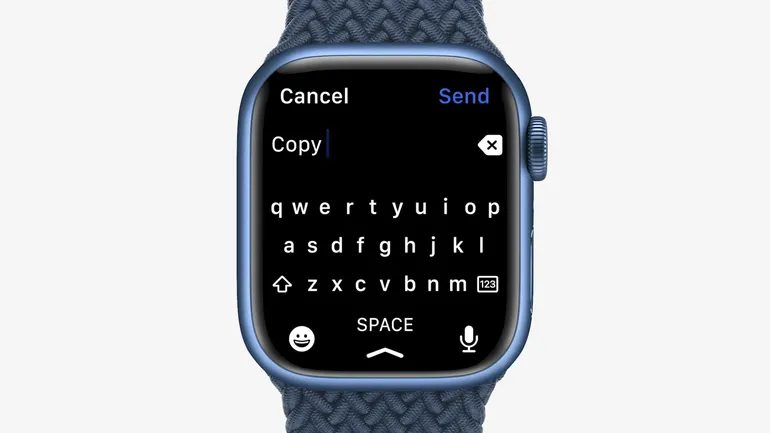 Kosta Eleftheriou, developer of the Apple Watch keyboard app ‘FlickType‘, sued Apple for abusing its “monopoly power” over the App Store back in March of this year. FlickType is an impressively accurate keyboard app for Apple Watch that relies primarily on swiping gestures to type.

Eleftheriou alleged that, in 2019, Apple unfairly removed his app from the App Store and repeatedly rejected re-submissions and appeals to delay the app going back live, all while trying to acquire the app from him.

According to The Verge, Apple’s “sherlocking” of Eleftheriou’s keyboard app for the Apple Watch has just handed the developer even more ammunition for his ongoing lawsuit against the iPhone maker.

“Sherlocking” refers to when Apple steamrolls its own app developers, copies their ideas, and rebrands them into built-in Operating System features without any credit (or compensation) to affected developers. The term found its origins in Apple’s notorious copying of features from the third-party ‘Watson’ app to its ‘Sherlock’ desktop search tool in 2002.

Up until now, Eleftheriou had been making his case in court for the monetary damages he suffered while Apple unjustly kept his keyboard app off the App Store, while publicly criticizing Apple for its shortcomings with the platform.

The Verge points out Apple told them it changed its mind as time went on. Apple says in 2019 it changed its mind about having full-screen keyboards on Apple Watch, and has since then supported similar keyboard apps for the smartwatch. Apple essentially admits removal of FlickType was made in error, and it quickly fixed the issue.

So now we know. See you in court, @Apple. https://t.co/hJtPI2Z83J pic.twitter.com/1s7MUSLTpc

Following Apple’s announcement of the next-generation Apple Watch on Tuesday, Eleftheriou tweeted a word of warning to the company. “So now we know. See you in court, Apple.” The developer has been advised not to talk about the issue with the media by his lawyers.