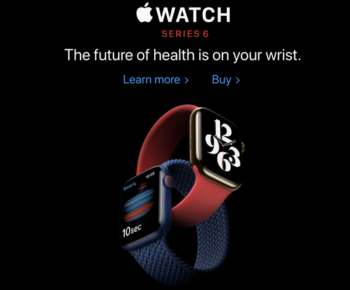 In Episode 107 of its radio podcast, Hodinkee invited Vice President of Human Interface Design at Apple Alan Dye, and Apple enthusiasts John Gruber and Om Malik to talk about the latest Apple Watches.

The new Apple Watch’s clear-as-day focus on health does not seem to stem from the ongoing pandemic. However, Alan does go on to talk about how the pandemic affected the development of the Apple Watch and how his team dealt with the specific needs brought on by it.

In particular, Alan talked about how the team worked on a hand-washing notification to aid users in these trying times. The notification reminds users to wash their hands for at least 20 seconds on multiple occasions throughout the day.

Other topics of discussion included the Apple Watch’s new Family Setup feature (sadly not available in Canada yet), as well as Apple’s new and surprisingly comfortable Solo Loop band for the latest watches.

Gruber and Malik also present their takes on the Series 6 and Apple Watch SE, including what they think of the new watch faces and health features.

The Apple Watch Series 6 is capable of calculating blood oxygen concentration and is also equipped with an ECG (it debuted with Series 4), so whether these impressive additional features contribute to sensory overload was also an interesting topic.