Five-star reviews were suspect not only for us, the users, but for Apple as well. After going after apps that provide music downloads and social media sharing incentives, Apple has started cracking down on fake app reviews as well, reports TechCrunch. 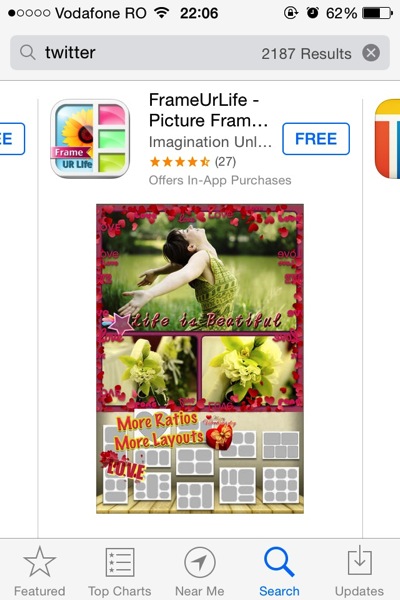 As you may already be aware of, buying fake reviews has become a habit among developers who want their apps to be discovered in the App Store. While some may think that there is a reasonable explanation for this, pointing to the 1.2 million apps available in the store, the fact is there isn’t.

Apple thinks the same and lately has started removing fake reviews from the store that propelled certain apps to higher positions on the charts than they would have reached otherwise.

Developers may already know that there are hundreds of freelancers out there who are willing to write a five-star review, so buying 100 reviews shouldn’t be a problem. But that’s not how it goes, says Apple.

However, the exact method is yet unknown: Apple may find evidence of manipulation on its own, or the manipulation may be brought to its attention by others.

Apple’s recent moves show that the company is aware that some “forget” to play by the rules, and it is also aware that app discovery is still an issue, so it plans to unveil a solution for that. But first it will have to remove everything that could confuse the user, like the fake reviews.