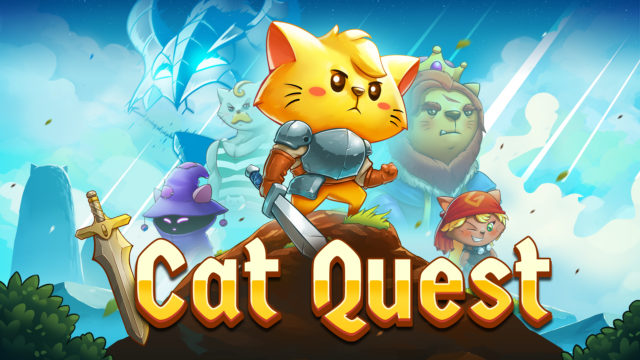 Another highly received mobile title has become free on mobile during the ongoing COVID-19 pandemic. The Gentlebros’ Cat Quest is now available to download for free on both iOS and Android devices.

Released in 2017, Cat Quest when developed by The Gentlebros and published by PQube. Cat Quest is best described as a 2D open-world RPG centred around a feline adventurer.

You play as a silent protagonist who discovers they are of a special breed that holds a lot of significance in this world of magic. As a “Dragonblood”, your character ventures to find their kidnapped sister and battle monsters, dragons, and ultimately, the big bad Drakoth. Cat Quest features an adorable art style and a wide variety of different moves to learn while increasing their combative prowess.

Since release, Cat Quest has amassed a fair bit of notoriety. It was nominated for D.I.C.E’s Mobile Game of the Year, gained the Rock Paper Shotgun Indie Pick of the Week, and was included in the Toyko Game Show 2016 Indie Showcase prior to release. On September 19th, 2019, The Gentlebros released Cat Quest II on mobile and console.

While typically priced at $6.99 CAD, The Gentlebros’ Cat Quest now joins other mobile titles that have dropped their prices such as Lara Croft GO, Monument Valley 2, and Kingdom Rush.

Cat Quest can be downloaded on the App Store and Google Play Store.