Remember those British cases when children left in the company of an iPad racked up thousands of dollars in in-app purchases? Although some of them had a happy ending, in-app purchases offered in free apps have captured the U.K. Office of Fair Trading’s attention, triggering an investigation, BBC reports. 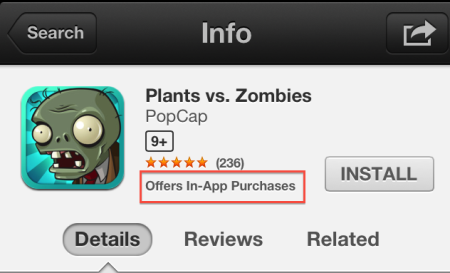 The OFT want to know whether the games put undue pressure on children to pay for additional content, and wants to hear from parents their complaint – which at first glance seems to be the companies (developers) aggressive push for in-app purchases to children.

What’s concerning though is a recent study conducted by PhonePayPlus, which found a 300% increase in complaints from consumers about the bills generated by in-app purchases involving children.

Cavendish Elithorn, senior director for goods and consumers at the OFT, said the regulator is “concerned that children and their parents could be subject to unfair pressure to purchase when they are playing games they thought were free, but which can actually run up substantial costs”.

This isn’t the first time in-app purchases have made headlines in the media: Apple was in hot water as target of a class action lawsuit claiming its 2011-era in-app purchase policy failed to prevent children from “racking up big fees on their parents’ accounts”.