Although we are miles away from the launch of the next-generation iPad — if we can believe what the analysts say — AppleBitch has discovered a new batch of purported iPad 5 cases. 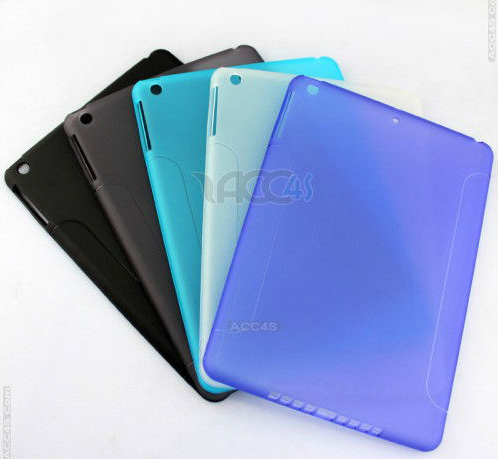 The cases are viewable in separate listings across Alibaba (here, here and here) and appear to reinforce earlier claims that the next-generation iPad will likely adopt design elements of the popular iPad mini.

Although the listings clearly specify that the cases are compatible with the iPad 5, and all offer similar slots for controls, microphones, connectors and speaker, etc., all shaped like the iPad mini, they could be simple guesses based on the rumours circulating in the blogosphere.

The iPad 5 case leak comes on the heels of a recent slim-bodied case leak that hit the Web last Friday. An additional note: This isn’t the first time Chinese suppliers have leaked cases of the upcoming iPad, but they have tended to disappear quickly.

Furthermore, these types of leaks appear to fit into the hit-or-miss category. In some instances, an Apple supplier reveals a good deal of information on forthcoming design, but since this is at an early stage of development and manufacture, the probability of the final product looking different is very high.