Apple and IGB Electronica, owner of the brand Gradiente, have decided to stop the legal battle over the iPhone trademark and now seek an amicable solution to the issue. 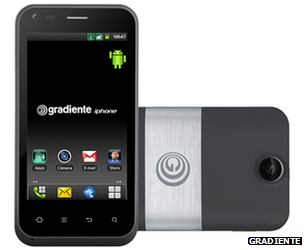 Citing unnamed sources, the Brazilian Folha de São Paulo reports (Via Forbes) that the two companies have filed a request in court late February, asking for a suspension of action for at least 30 days as the parties try to solve the trademark issue outside of court.

IGB has asked INPI, the Brazilian Industrial Property Institute, for exclusive rights to the name iPhone back in 2000, seven years ahead of Apple’s iPhone. However, it took INPI seven years to grant IGB the right to trademark the name iPhone.

Gradiente announced the launch of its own line of iPhones running Android 15 days ahead the expiration of the exclusive rights for the trademark at issue.

Apple has paid millions for owning exclusive rights for the word iPhone in the past, and it is highly likely that IGB will receive its paycheck as well. You may recall that Apple paid $60 million to Proview in order to become the sole owner of the iPad trademark in Mainland China as well.