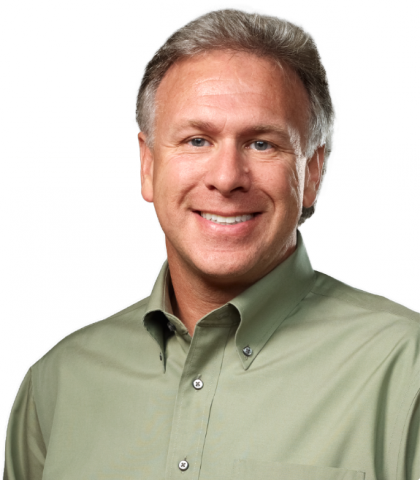 In a rare interview a day before the Galaxy S4 event scheduled to take place in New York, Phil Schiller shared data about the iPhone’s popularity and said Apple’s own research found that four times as many iPhone users are switching from Android rather than to Android as of the past quarter. You may recall that Apple sold a record $47.8 million iPhones during the holiday quarter.

During the interview, Schiller also emphasized the benefits of iOS comparing to platform to Android, stressing the Android market fragmentation. He said Android users are often running old operating systems and the fragmentation in the Android world was “plain and simple”, adding that, “Android is often given a free replacement for a feature phone and the experience isn’t as good as an iPhone.”

He also highlighted several facts that trigger the Android market fragmentation, including that different companies provide different elements, which in the end drags down the user experience.

“When you take an Android device out of the box, you have to sign up to nine accounts with different vendors to get the experience iOS comes with,” he said. “They don’t work seamlessly together.”

Compared to Android, Apple has the advantage of being responsible for all its mobile hardware and the iOS operating system, helping to provide a seamless user experience.

“With their own data, only 16 percent of Android users are on year-old version of the operating system,” he said. “Over 50 percent are still on software that is two years old. A really big difference.”

“And that extends to the news we are hearing this week that the Samsung Galaxy S 4 is being rumored to ship with an OS that is nearly a year old,” he said. “Customers will have to wait to get an update.”

Update 4:25 PM: Schiller also talked to Adam Satariano from Bloomberg, and spoke about the interview with Emily Chang from Bloomberg TV’s “Bloomberg West”. Check out the view below (Bloomberg Flash Player; watch on Mac/PC):

The Apple TV+ original series Shrinking is now available to stream in Canada. Jason Segel and Harrison Ford star in a comedic drama series centred around a therapist that decided to approach his role in a new way by taking the filter off and giving unbridled honesty and advice. Shrinking stars Segel as James Lair,...
Steve Vegvari
17 hours ago