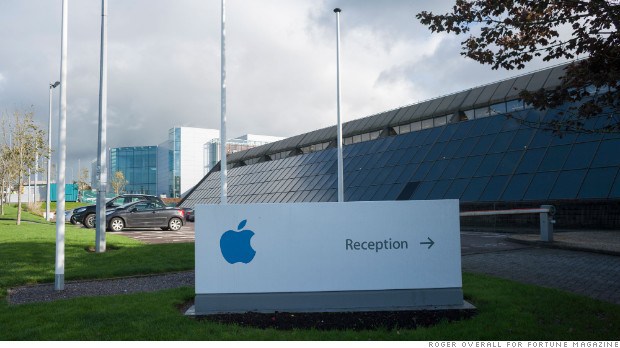 Activities inside a modest, three-story building in Cork, Ireland have triggered sparks in Washington: heavy accusations, investigations, and a hot seat for Tim Cook in front of a Congressional committee earlier this year. In case you were wondering which building this is: It’s Apple’s Ireland headquarters. Fortune made a pilgrimage to check out this mysterious place, and here is what they found.

A big chunk of Apple’s business is directed from a building located on the outskirts of Cork, a provincial town in southern Ireland with a population of about 120,000. 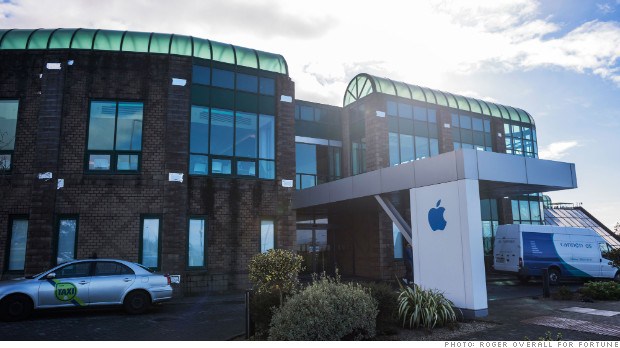 This is where Apple Operations Europe, Apple Operations International, Apple Distribution International, and Apple Operations are located. If you were expecting a skyscraper, well, you put your expectations too high: There are no multi-lane highways across the street from this redbrick and glass building. Instead, Fortune found horses, and a three-story building that isn’t frequently visited, especially by journalists.

In fact, as the Fortune reporter notes, the foot traffic was thin enough that when she went to the entrance a few days ago, she was spotted immediately by the security guards and was informed that the nearest public relations staffer was in London.

You may recall that Apple faced accusations of seeking the holy grail of tax avoidance using the Double Irish scheme. Since then, the U.S. Securities and Exchange Commission has cleared Apple from these charges, but the firestorm that this small building triggered in Washington has reached back to Ireland.

As a result, new legislation is in the works to double-down the Double Irish and eliminate the image of running a tech haven for tech giants.

What’s interesting, and the press was silent enough about, is that Ireland is stuffed with tech giants. You will find familiar names in Cork, such as Amazon, IBM, Dell, and EMC. They all benefited from Ireland’s 25% cut on corporate bills if they did R&D in the country.

The wind of change is blowing, although Ireland won’t let its tax rate be pressured. And since workers have put the finishing touches on Apple’s new building in Cork, Ireland, the Cupertino, California-based company doesn’t want to move anywhere.