Is There Something Analysts Are Missing When Categorizing Apple?

While we are waiting for Apple’s quarterly earnings report, Wall Street analysts are preparing themselves and investors for the worst-case scenario: Apple will report the first year-over-year quarterly earnings decline in a decade. 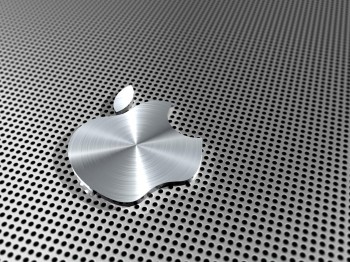 All eyes are on Apple today, as today’s earnings report will define the company’s stock price for tomorrow. And the stock price has been down lately. Considering that the recent fluctuation of Apple’s stock price has wiped $280 billion off its market capitalization since its highest price point recorded in September last year, there is much at stake with today’s report.

In an interesting article, Jessica E. Lessing of The Wall Street Journal points to the root of some of the investor nervousness and (Apple) apocalyptic scenarios, which is how they and Wall Street treat and value Apple: as a traditional hardware maker. From this perspective, the limits are pretty straightforward: the Apple buzz will fade away as soon as smartphones and tablets “get commoditized” and the consumer tastes change.

The picture looks totally different with a change in perspective: a camp of analysts emphasize that Apple should be viewed as a software–hardware hybrid.

Tim Cook has been urging Wall Street to see Apple’s other face: software. He said: “because we’re not a hardware company, we have other ways to make money and reward shareholders.” Unlike other hardware businesses, “we don’t look at the sale of a product as our last part of the relationship with the customer. It’s the first.”

And as Horace Dediu points out in his recent studies, Apple’s stool legs — its new set of revenue categories — iTunes and Accessories combined is a bigger business in terms of revenues than any of the other phone vendors, except Samsung.

Following an extensive ordeal, the lockdown at Foxconn's 'iPhone City' Zhengzhou plant has now ended. Though, it's being reported that the disruptions in production are costing Apple an estimated $1 billion USD per week. Foxconn's Zhengzhou plant is Apple's largest iPhone manufacturing facility. In charge of producing the iPhone 14 Pro and iPhone 14 Pro...
Steve Vegvari
6 hours ago