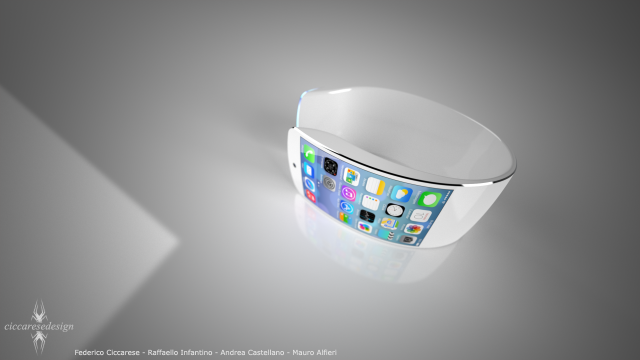 Hot on the heels of Apple’s Q4 earnings conference call during which Tim Cook hinted that new product categories could be on their way from Apple, the Korea Herald (via AppleInsider)has obtained some information about the rumoured iWatch.

According to the newspaper’s sources, LG could become Apple’s supplier for iWatch parts.

“LG Display has been in talks over flexible organic light-emitting diode panels for quite a while and it looks like it will be sealing the deal with Apple,” one expert said on condition of anonymity.

Samsung Display doesn’t seem to be interested the newspaper claims, but we will likely also see other suppliers for the same part due to Apple’s tendency to opt for vendor diversification. Earlier reports suggested that the Taiwanese RitDispay is also on the list, but we are still waiting for this to be confirmed.

LG currently provides Apple LCD panels for the iPad, MacBooks, and iMacs. Reports alleging RiTDisplay would supply Apple with the iWatch’s OLED display surfaced last December. Back then, voices were whispering that the iWatch would have a 1.5-inch OLED display, and this year, Foxconn was rumoured to have received orders for a small volume of Apple’s smart watch, which also suggested that the product was at the early testing stage.

Although Samsung is a long-term supplier of Apple product components, the Korea Herald has learned that this time it has been excluded from the supplier list because Apple wants to avoid any information leak to its fiercest rival.

The latest information about the iWatch suggests that despite Bloomberg’s optimistic report from early this year, the highly anticipated product won’t launch until next year. Yet, this is just the rumour mill; we haven’t seen any evidence of the product – except a couple patents – so far, and prospects of a 2014 debut are also vague.