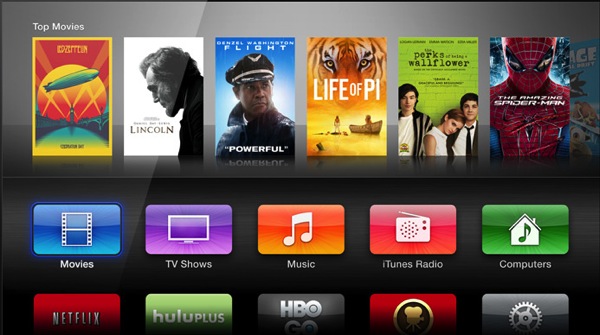 Just like the smartphone market, the set-top box market is dominated by two names: one of them is Apple, through its Apple TV, and the other, Roku. In fact, they are maintaining a strong grip on the market controlling about 80%, according to data revealed by NPD to AppleInsider.

Apple has long been rumoured to be releasing a television set, but if the recent whispers are correct, that project has been put on hold due to other priorities, such as a wearable computing device, the iWatch.

Meanwhile, Apple’s “hobby” device has recorded an impressive growth, up 23% over the past 12 months, NPD analyst Benjamin Arnold said, while the market for streaming accessories rose 30%.

Fact is, the Airplay feature built into the Apple TV – highlighted in the latest Apple ad as well – is one of the major reasons people opt for the device, despite is costing twice as much as an entry-level Roku set top box. As the analyst points out, people “buy the Apple TV because they want to solve a problem”.

The latest numbers shared by Frost & Sullivan show Apple controlling 56% of the streaming devices market. And the company has been very busy lately continuing its foray into consumers’ living rooms: it has made more content available through the set-top box and is rumoured to have plans for more.

When asked about the rumoured iTV, the NPD analyst said he doubts that Apple will move in that direction “anytime soon”. He believes Apple’s major focus is providing content, and this is something Apple is doing well.