Fido, Virgin and Koodo Promos: Back to School Data Bonus on Select Plans

Fido, Virgin Mobile and Koodo Mobile currently all have simultaneous data bonuses on select plans, currently available across Canada, except in Saskatchewan and Manitoba (because they have $48/5GB plans), as part of back to school deals. 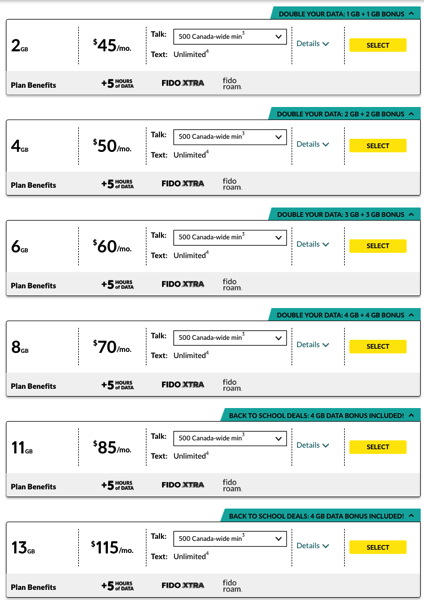 For unlimited Canada-wide calling, add $5 to each plan above.

In Quebec, the plans are even better, as they include unlimited Canada-wide minutes. We told you about these plans earlier this week:

If you’re signing up for these latest plans, don’t forget to read up on these current promos at Virgin Mobile and also at Telus.