If you’re going to be travelling in the U.S. soon, Rogers Roam Like Home and Fido Roam just got a bit more expensive, as prices have increased from $7 to $8 per day, a 14% hike.

The Rogers website now reads, “For $8 per day in the U.S. and $12 per [day in] over 180 eligible international destinations, you get full access to the data, talk and text included in your monthly plan.” 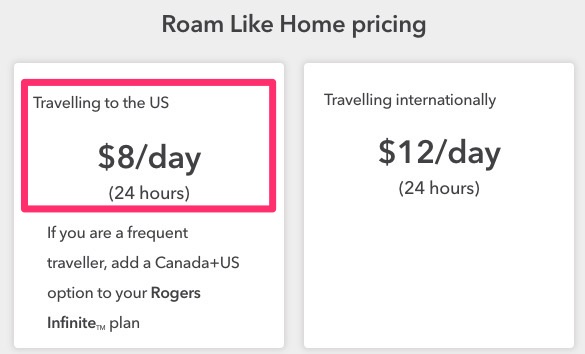 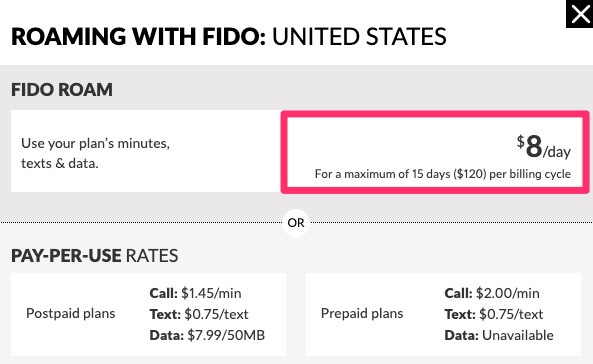 Both plans allow customers to use their existing voice and data plans while in the U.S., with daily charges maxed out to 15 times per billing cycle, or $120.

Roaming options for international destinations are still billed at $12 per day.


Use eSIM Data Plans While Travelling with a Newer iPhone

Alternatives to paying your wireless carrier for roaming in the U.S. or internationally? If you have an iPhone XR, iPhone XS/XS Max, iPhone 11 or iPhone 11 Pro/11 Pro Max, your phone supports eSIM, or a digital SIM.

You can then subscribe to a data-only line from a company such as Airalo right from your iPhone using eSIM, and pay for cheaper data for your travels while retaining your existing Canadian phone line.

We recently tested Airalo in the U.S. and it worked great for getting data on our iPhone, versus default data roaming options from our wireless carrier. What do you use for voice and data while travelling in the U.S. or abroad?