iOS 9.3 Alerts Enterprise Users When Devices Are Being Tracked

Reddit user MaGNeTiX has discovered that Apple is beefing up its transparency efforts with iOS 9.3: Customers who use an iPhone managed by an institution or enterprise through MDM are informed if their device is being tracked (via 9to5Mac).

You may recall that one of the direct results of Apple’s legal battle with the FBI over the iPhone 5c unlocking (the device used by Syed Farook, one of the shooters in the San Bernardino slaughter) is a future security and privacy update that Apple says it is coming to iOS.

As a first step, the company seems to be focusing on increasing transparency with the upcoming iOS 9.3 software update. As discovered by the Reddit user, users are now clearly informed in the About page of Settings and Lock Screen. 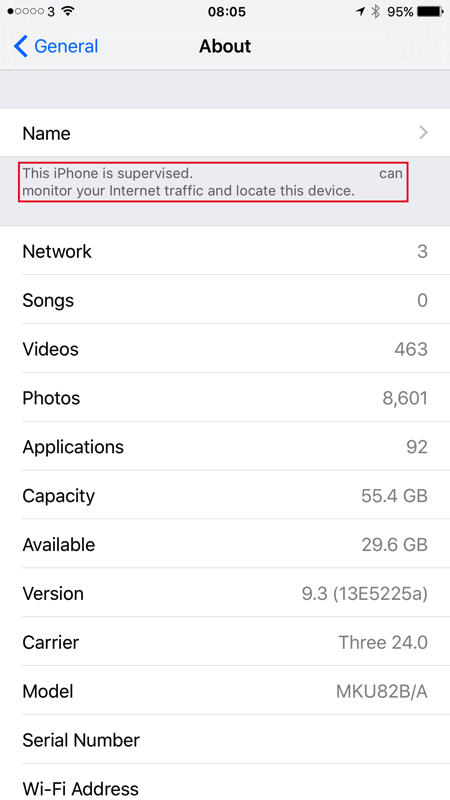 On the About page the following line appears: “This iPhone is supervised. [Company Name] can monitor your Internet traffic and locate this device.” 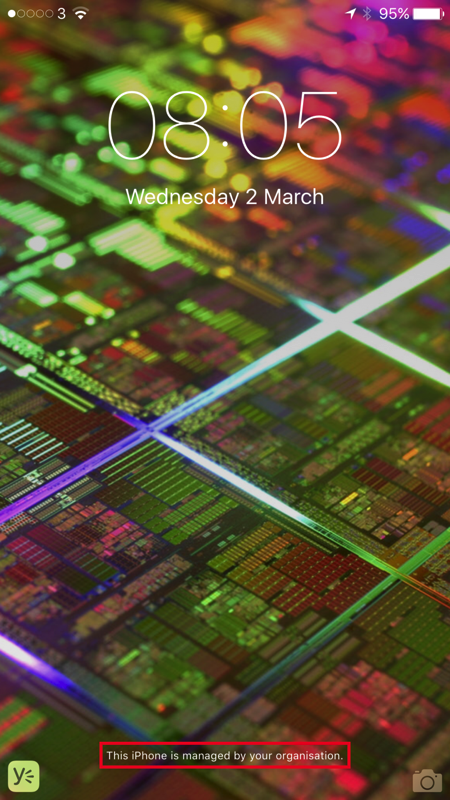 On the Lock Screen, on the other hand, there is a permanent info display that reads: “This iPhone is managed by your organization”.

iOS 9.3 is currently in beta but is rumoured to be available to the public this month as Apple prepares to hold a media event. Although the event was – allegedly – first scheduled for mid-March, it was pushed back by one week, so possibly on March 21 we will see the next-gen 4-inch iPhone and the next-gen 9.7-inch iPad dubbed as the iPad Pro.