Aviation giant Boeing has today announced the launch of a suite of iPad apps that will help airline mechanics get quick access to crucial information about airplane parts, maintenance records, and more (via CNET). Boeing believes that the apps will help the airlines resolve mechanical issues faster, leading to reduced flight delays and lower costs. 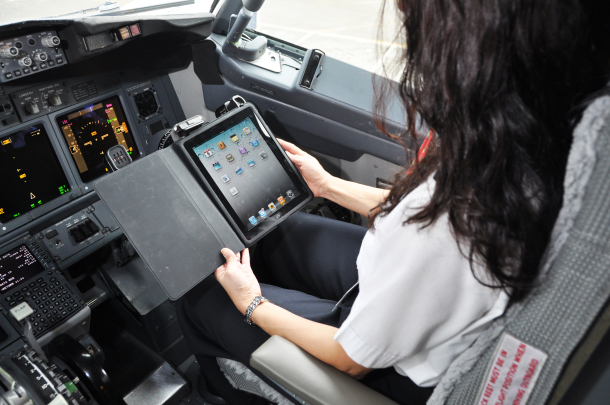 Boeing, that makes planes like the 747, 787 Dreamliner, 777, and 737, notes that iPad apps will gives mechanics quick access to a wide range of essential maintenance information, such as airplane manuals, part numbers and inventory, and maintenance history among others. The company is also planning to demonstrate the apps at an aviation industry event in London later this week.

The new apps, which Boeing will demonstrate this week in Europe, should help airline mechanics get quick access to crucial information about parts, maintenance records, and more.

Boeing said it developed the app with the cooperation of several airlines for more than a year, seeking an ideal user interface and maximum ease of use for technicians.

In the past, iPads have helped several airlines like American, Alaska as well as the U.S. Air Force to cut down on the use of large amounts of paper, saving money and reducing planes’ flying weight.